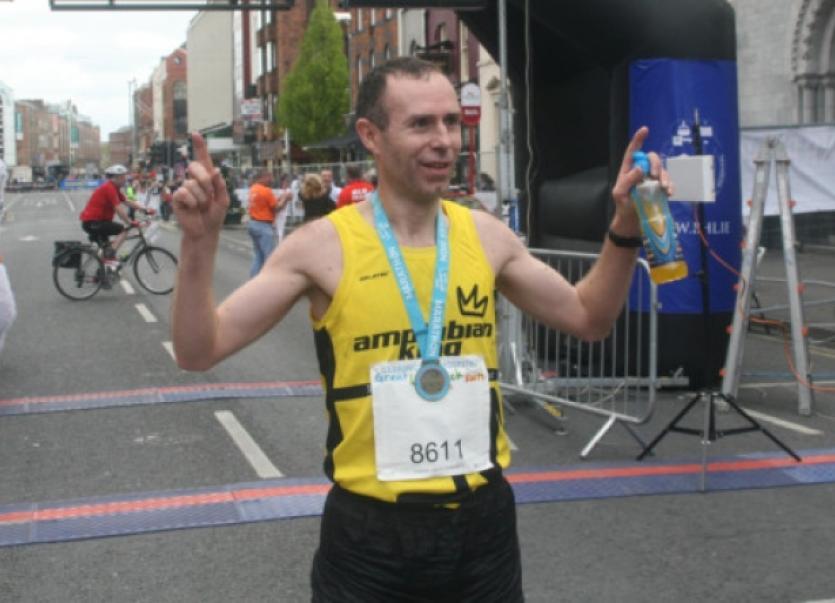 More than 10,000 people have taken part in the Barringtons Hospital Great Limerick Run, with thousands more lining the 26-mile route to support those taking part.

More than 10,000 people have taken part in the Barringtons Hospital Great Limerick Run, with thousands more lining the 26-mile route to support those taking part.

The first Limerick person to finish was Mike Curley-Cunningham, 48, from Cappamore. “It’s a great feeling, it was it was a bit breezy on the course but I got through it so I’m happy, there was great support,” said Mike who has now run 20 marathons.

In addition to the full marathon, which began at 9am, there was also a half marathon event and a 10k event, which attracted the biggest entry.

For the first time, there was also a relay event which was won by Team Orange from Cork.

Race director, John Cleary says he was happy with this year’s event.“We changed the course dramatically (from 2012) but everyone thinks it is much better and faster and its much more interactive because it went through rural areas and built areas and so far so good and the sun is shining.

Mayor of Limerick, Cllr Gerry McLoughin, who ran part of the marathon route for the relay event said this year’s event was a great success. “I did a couple of miles to show cause. I was here to show support for all those taking part because it has brought the whole city to life and it is fantastic,” he said.

Other notable achievement saw Pat O’Keeffe from Quinn, Co Clare complete his 100th marathon while miltary pilot Lieutenant Gearoid Ó Briain completed the marathon carrying a 20lb backpack in memory of two of his colleagues who were killed in an air crash four years ago.