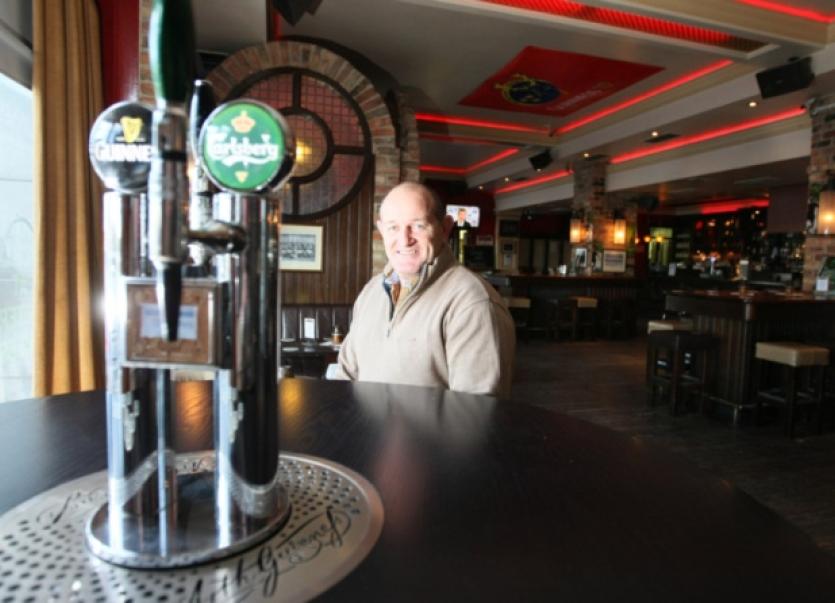 ONE of Limerick’s and Munster’s best loved rugby pubs has closed its doors - much to the shock of its beloved patrons this morning - due to spiralling financial losses in excess of half a million euro.

ONE of Limerick’s and Munster’s best loved rugby pubs has closed its doors - much to the shock of its beloved patrons this morning - due to spiralling financial losses in excess of half a million euro.

It is understood that up to 60 full-time and part-time staff may be affected by the closure of the pub and neighbouring night-club.

After 13 years in existence, after it was revamped as a super-pub, Clohessy’s bar on Howley’s Quay announced to its customers yesterday morning that it has ceased trading.

The Sin Bin nightclub will also close. The neighbouring bar, Small Claws, will continue to operate as normal, it was disclosed this morning.

The notice on the door read: “Clohessy’s bar Ltd has ceased trading from the 5th of October 2014. It will remain closed until further notice. We would like to take the opportunity to thank all our customers who supported us over the years.”

Management at the bar - which pitches itself as “Munster’s top sporting venue” - also posted the notice to their Facebook page this Monday morning, saying “Thank you for your business for more than 13 years”.

It is understood the bar had suffered financially for the past number of years for a number of factors.

Chief among them was the redevelopment of the quays and board-walk, which had blocked off access to the pub for more than a year, due to repeated delays on the project.

Speaking to the Limerick Leader in July of last year, the former rugby titan Peter Clohessy said his business was “crucified” by the €5m project.

He said at that time that they missed out on major events which would have bolstered the bar’s finances, such as the Bruce Springsteen concert in Thomond Park, and the Munster hurling final, which also attracted tens of thousands of people to the city.

Earlier this year the former Ireland and Munster prop, who fronted the bar and co-owns it alongside a number of Cork based investors, admitted that they would be fighting legal proceedings initiated by Limerick City Council over the non payment of commercial rates. He admitted the company did owe rates, but would not reveal how much.

Mr Clohessy could not be contacted this morning, despite numerous attempts by this newspaper.

The accounts are abridged and only provide limited information on the performance of the company, omitting revenue figures and any dividend payments that may have been paid.

Mr Clohessy is one of six directors for the company, with the remainder of the directors all coming from Cork.

However, accounts filed with the Companies Registration Office show that two of the directors resigned this August and in December last - Tom Kingston, and John Gaffney.

Mr Clohessy’s other pub, Croker’s in Murroe, is not affected.