Barnagh road upgrade to be finished 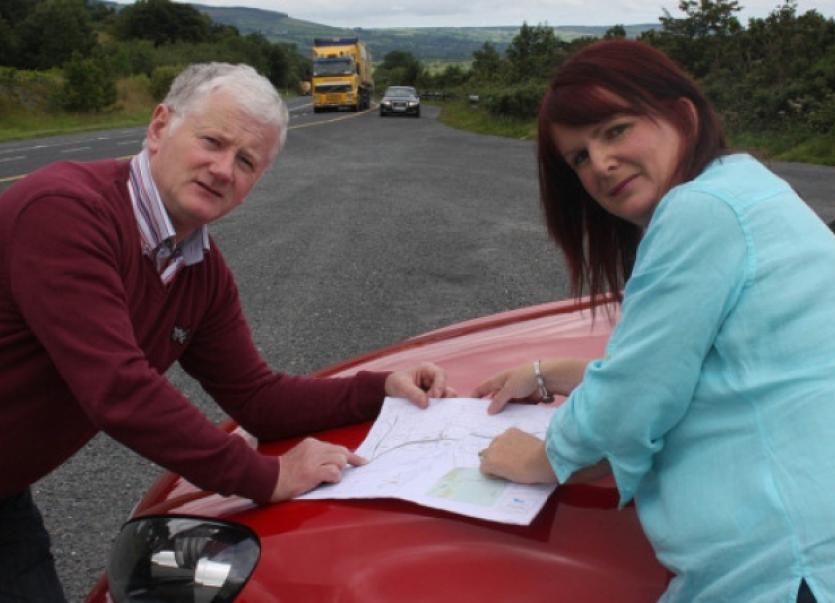 THE Barnagh Action Group will be closely monitoring developments over the next 18 months to ensure that the promise to carry out phase 2 of the road improvement at Barnagh goes ahead.

THE Barnagh Action Group will be closely monitoring developments over the next 18 months to ensure that the promise to carry out phase 2 of the road improvement at Barnagh goes ahead.

Fine Gael public representatives, Patrick O’Donovan TD and Cllr Damien Riedy announced this Tuesday that funding had been made available to finish off the 1.5km stretch from Barnagh to the Killarney Pole. It is the only road in Limerick to be included in the €43m roads package announced by the Government last week.

“It is a great relief,” Seamus Collins, chairman of the Barnagh Road Action Group said on hearing the news. “We have been at this since 2010 and after all the meetings we had with councillors, we understood there was no hope of funding.”

Mr Collins admitted to feeling a bit “baffled” this Tuesday when he got a phone call informing him that money had been made available. “I couldn’t believe it,” he said. “We thought it was at a full stop and we weren’t expecting anything. We thought it was going to be another long long again.”

However, the news was very welcome, he added. And he felt that it would also come as a relief to the families of those whose deaths, in 2010, spurred the local campaign for action.

“Once this phase is done, at least they won’t have to go past where their loved ones died,” Mr Collins said.

He warned however that, now there was light at the end of the tunnel, they would be keeping a close eye on the progress of the project.

Welcoming the funding for the project, Fine Gael’s Cllr Damien Riedy said he believed the work could get underway later this year. “The design is there, the land has been bought. The funding is now in place. All that is needed now is that the project will go out to tender,” he said.

And he paid tribute to the Barnagh Action Group for their continuous campaign of lobbying which helped make sure the Department of Transport and the other agencies such as the NRA took notice and released funds.

“The Barnagh Phase 1 project was the first major road safety project carried out in Limerick for a number of years,” he said. “As the local councillor in the area and as I live near the road, I can see first-hand the major difference these works have made on this section of roadway and I look forward to seeing it completed.”

Local TD Patrick O’Donovan thanked Transport Minister Leo Varadkar for prioritising the work. “I met with the Minister and the NRA on several occasions in relation to the completion of these works over the last few months and impressed upon him the need to finish the work.He was well aware of the road as he travels it regularly so I was delighted to see that he has stood by his commitment to the area.”