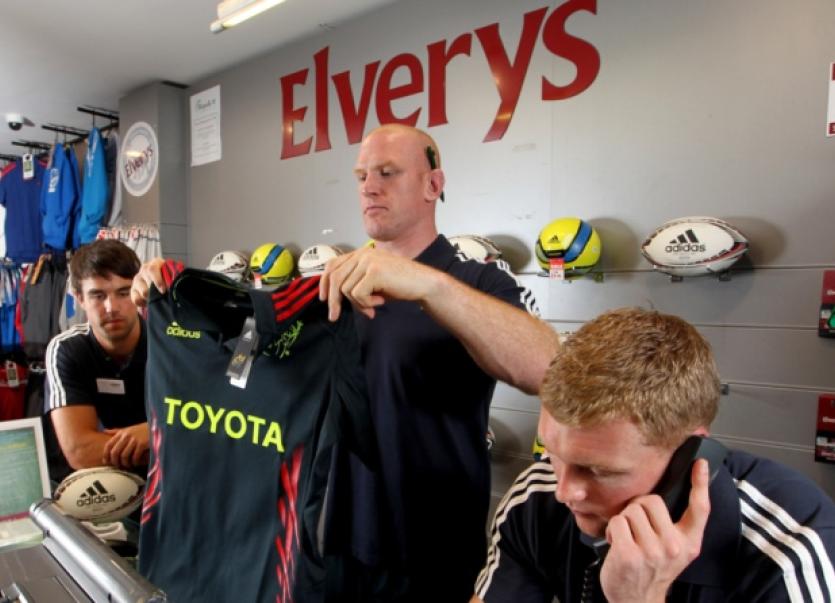 DEPUTY Niall Collins has welcomed the interest from a number of investors in taking on the troubled sportswear chain Elvery’s.

DEPUTY Niall Collins has welcomed the interest from a number of investors in taking on the troubled sportswear chain Elvery’s.

Over 650 jobs are at risk after an examiner was appointed last month - around 40 of them at four branches in Limerick city. They are located on at Henry Street, the Crescent Shopping Centre, the Parkway Retail Park and the Jetland Shopping Centre.

Among the interested parties is the Hilco group, which was involved in the rescue of HMV last year and oversaw the reopening of the music chain’s store at the Crescent.

Deputy Collins said it was vital that the jobs at Elvery’s were saved and accused the government of inaction over upward-only rent reviews, which he believes are partly responsible for Elvery’s difficulties nationwide.

“Elvery’s is a business that has grown from a single store to more than 50 outlets across the country. It’s been a major success story and remains viable but has become a victim of upward-only rents and punishing rates,” stated the Fianna Fail TD for Limerick.

“Despite promises to the contrary, the government has done nothing to address the upward-only rent review system. It has led to the closure of hundreds of businesses which fought to stay open but were crippled by the rent policy.

“Elvery’s staff have a wealth of experience and skills and should not have to pay for the government’s disinterest and lack of effort in tackling a problem that is having a significant impact on the retail sector. They’re fighting to keep their jobs while ministers give lacklustre excuses for their lack of progress on the rent issue,” Deputy Collins declared.

He added there were encouraging signs that investors would take on the chain as a going concern.

“It is essential that every effort is made to save these jobs in Limerick, and while the emergence of a buyer for the business looks promising, an outcome needs to be forthcoming as soon as possible, whereby the current uncertainty the workers are experiencing is lifted, and the future of the Elvery’s stores in the city is secured,” he said.

Hilco - which has carved out a niche in taking on and reviving struggling retailers - is understood to be one of six parties in negotiations with High Court appointed examiner, Simon Coyle of Mazars. The UK firm also reached a deal to save a number of Xtra-Vision branches around Ireland.

Another British company said to be interested is Sports Direct, founded by Mike Ashley, better known as the billionaire owner of Newcastle United.

A group of senior managers with Elvery’s are also understood to be in the running.