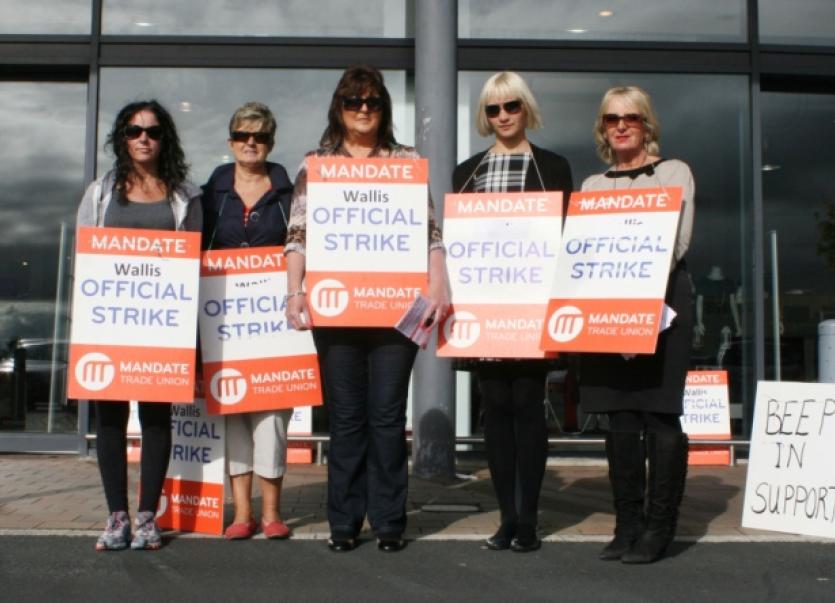 AGREEMENT has been reached between clothing retailer Wallis and workers at its Limerick stores following a month-long dispute.

AGREEMENT has been reached between clothing retailer Wallis and workers at its Limerick stores following a month-long dispute.

As part of the settlement, which was agreed this morning between company management and the trade union Mandate, six workers who have been made redundant will receive improved redundancy payments.

The Limerick Leader understands that the workers who were employed at the Cruises Street store before it closed will also be offered the opportunity of redeployment at other stores across the country where possible.

As part of the agreement, a handful of workers at the Wallis store at the Childers Road Retail Park have agreed to serve-out their notice period and will continue to work until the middle of next month.

Commenting on the resolution of the dispute Gerry Light, assistant general secretary of Mandate, said: “Obviously the outcome is seen as a positive development by our members given the significant majority who voted to end the dispute. The final proposals represent a fair balance and choice for those who wish to leave the employment by way of redundancy whilst there are clear provisions made for those who want to stay.”

Mr Light concluded by saying that it is important now at the end of the dispute for normal relations between the parties to be restored as soon as possible as this would be in the interest of those returning to work, all of our other members in this employment and indeed the future of the Wallis business itself.

Cllr Maurice Quinlivan has welcomed the resolution of the dispute.

“This campaign also shows the importance of workers being members of trade unions as the best way to protect their jobs and working conditions. There is also a lesson here for companies that also think they can get off or walk away for commitments to their staff. This company have shown a total lack of respect to their staff, as loyal staff this was completely devastating to them. They tried to restructure the company without any costs incurred at all. This should not happen again,” he said.