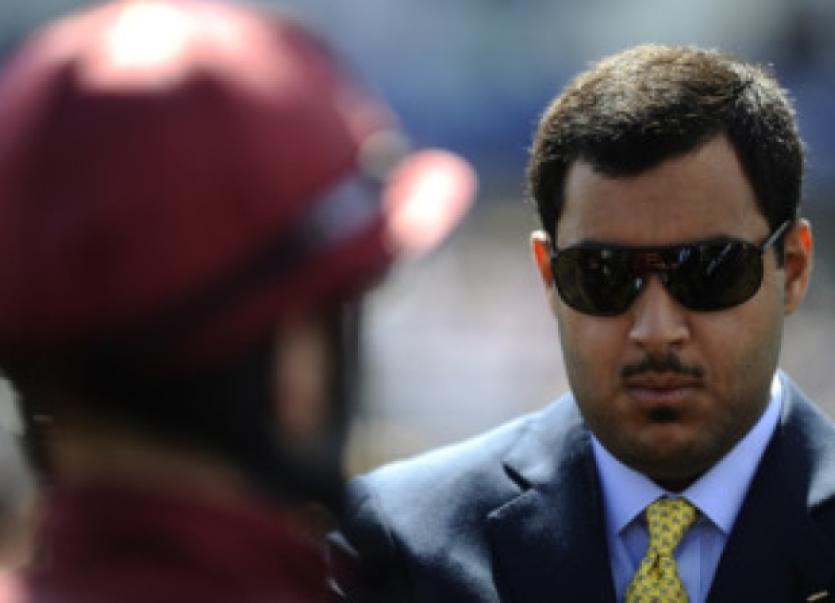 THE EMERGING force in global bloodstock, Qatar Racing have bought a 100 acre farm in County Limerick to nurture young horses.

THE EMERGING force in global bloodstock, Qatar Racing have bought a 100 acre farm in County Limerick to nurture young horses.

The 102.7 acres at Manister, Croom auctioned by John Flynn last month was bought in trust by Goff’s country.

It has now emerged that the purchasers are members of the Qatari royal family. It is their first Irish stud in a burgeoning property portfolio.

Mentioned in the same breath as Coolmore and Godolphin, Qatar Racing was formed in 2011 by Sheikh Hamad, Sheikh Suhaim and Sheikh Fahad Al Thani. They have invested tens of millions in horse racing and the bloodstock industry.

David Redvers, who manages Qatar Racing and Pearl Racing on behalf of Qatar’s ruling Al Thani family, said there were no plans to stand stallions on the property in Croom

The farm in Croom is located close to Rathmore Stud, whose owner Peter Molony will oversee its running.

“Some of the best studs in Ireland are in the Croom area and this will enable us to keep bloodstock in Ireland where Peter can oversee it,” Mr Redvers told the Irish Field.

“It was bought because the land here is some of, if not the best, in the country for raising horses.

“I pointed out to them at the time when they were thinking about buying it that there are seven or eight farms in this small area that have produced group or grade one winners in the last four or five years.

“There is Islanmore, Manister House, ourselves, Caherass House, Roundhill, Ballyphilip, Croom House all producing grade one winners. The land is fantastic here. They will raise young horses,” said Mr Molony.

While none of the Qatari Royal family have been to visit their new purchase as of yet, Mr Molony said he is sure in the future they will travel to see the operation.

As there is currently a traditional farmyard including haybarn and cubicle houses a major investment in facilities is expected.

“It will be developed slowly,” said Mr Molony, with horses expected to be stabled there from next year.

“It is a major vote of confidence for Limerick and the quality of land here,” he concluded.

While an American man purchased the 295-acre Mellon Stud in Kildimo.