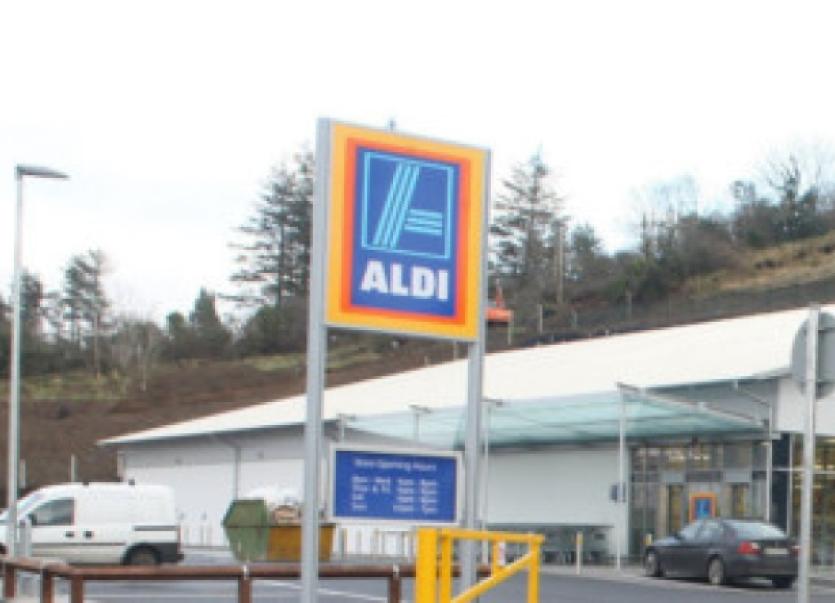 THIS week saw yet another round in the stand-off between county councillors and council planners over a proposal to allow Aldi build a large store in the Raheen Dooradoyle area.

THIS week saw yet another round in the stand-off between county councillors and council planners over a proposal to allow Aldi build a large store in the Raheen Dooradoyle area.

At this week’s council meeting, councillors voted by 16 to two, with five abstentions, to back a motion calling on the county manager to begin the process of varying the the county development plan and the Local Area Plan for the southern environs.

The variation sought was to lift the current restriction on net floorspace for a foodstore in a neighbourhood centre and raise it to 1400, square metres. Effectively this would mean almost a doubling of the shop floorspace currently allowed.

This is the third time the issue has come before the full council and it has been aired also at Adare area meetings and at the Strategic Policy Committee for planning. On each occasion, the council’s planning officers, including its director of planning, have spelled out their opposition to any proposal to increase the permitted size of stores.

Monday’s motion was tabled by Cllrs Tomas Hannon (Lab) and Richie Butler (FG) but was opposed by Fine Gael councillors Rose Brennan and Damien Riedy. Five other Fine Gael councillors abstained with all Fianna Fail councillors present voting in favour. Cllr James Collins who owns land in a neighbourhood centre in the southern environs excused himself from the debate and left the chamber.

The issue first came into the public domain in June 2012 at an Adare area meeting where consultant for Aldi John Spain spelled out their plan to open three new stores in Limerick, including one in the Raheen/Dooradoyle area.

He said the normal Aldi store was 1500 square metres in net floorspace.

In September 2012, at a meeting of the planning SPC, the matter was raised again. Planning engineer Stephane Duclot outlined the council’s opposition, saying it would breach the local area plan and the county development plan and the regional retail guidelines.

There were already 14 supermarkets and two discount stores in the southern environs, he pointed out.

In November last year, the issue came before a full council meeting where Cllr Rose Brennan argued that the council should not proceed to put the matter out to public display,which Cllr Richie Butler had called for.

On a narrow, 13/11 margin, the motion was carried with Fine Gael’s Cllrs Butler and Walsh voting against along with Fianna Fail, Labour and Independent Pat Fitzgerald.

At that time, the Limerick Leader reported: “It is now unclear whether the matter has run into the sand or whether councillors from the Adare area will attempt to push the matter again.” After that meeting, Cllr Butler said he reserved the right to raise it again at the Adare area meeting.

As things transpired, in February last, councillors in the Adare area did again attempt to push the matter and agreed to send the matter back to the full council and ask that an amendment to the various plans be put on public display. Cllr Rose Brennan opposed the move while director of economic planning and development, Tom Enright, made it clear that Aldi has twice turned down any compromise proposal.

Last month, the full council was told that a motion about the issue was inadmissible legally.

Finally, this Monday, a motion to begin the process of varying the local area plan and the county development plan was passed.