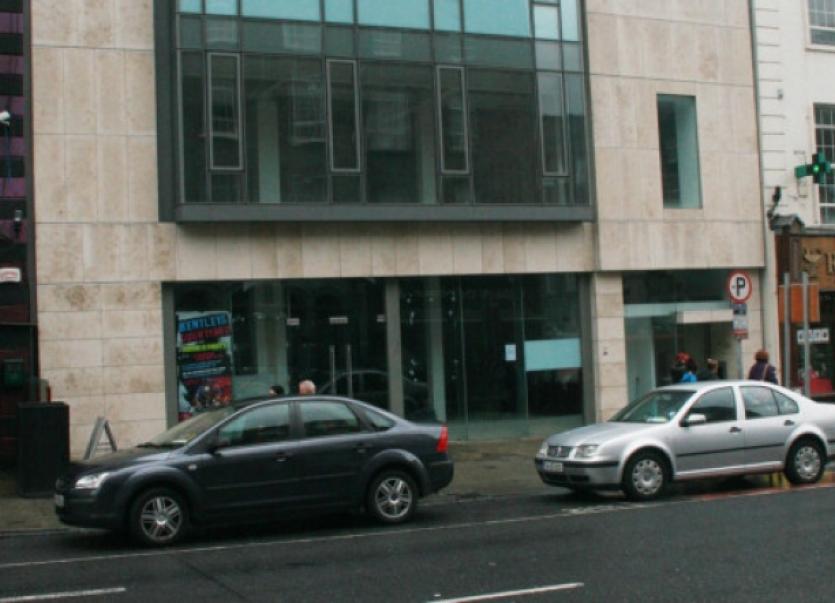 KBC Bank has secured conditional planning permission to open in O’Connell Street, in a move which will create 25 new jobs in the city.

KBC Bank has secured conditional planning permission to open in O’Connell Street, in a move which will create 25 new jobs in the city.

The Belgian lender is going on an aggressive expansion drive in Ireland, and will open in a glass-fronted unit between Robert’s Pharmacy and the Brazen Head nightclub.

But it is expected to move into the heart of O’Connell Street by September.

The site has been vacant for a number of years since being constructed by Adare developer Robert Butler.

Business leaders have welcomed the move, with Helen O’Donnell, chairperson of the Limerick City Business Association saying: “Competition is good in any area, in particular banking. We welcome more people working in the city centre.”

She noted the impact this will have on the local service economy.

“These 25 employees will have to go for lunch, and they will be part of a vibrant centre,” she explained.

Limerick Chamber chief executive Maria Kelly added: “I think it is good news that we are going to see a business occupying a space which has been effectively empty since it was developed. KBC coming to the city brings another bank, and another choice for people. Hopefully it will drive footfall forward.”

City planners gave KBC permission to change the use of the existing retail unit into a “retail and financial services office” on its ground floor.

This was subject to eight conditions, including that KBC will contribute €15,190 to providing public infrastructure, that the security shutters are maintained, and kept free from graffiti, and if the business ceases to trade, all signage relating to it be removed from the building.