Job fears as Limerick’s Monsoon future in the balance 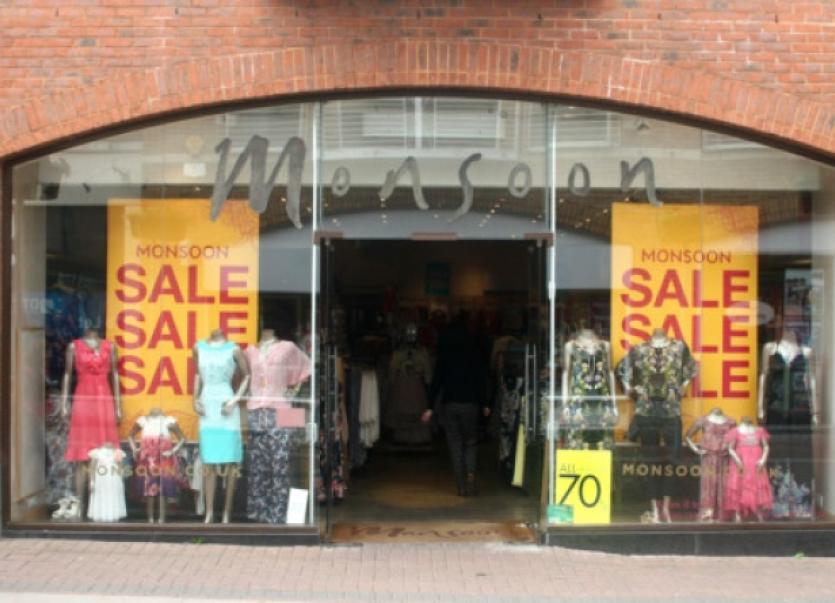 Nick Rabbitts and An

THERE are fears for 12 more jobs in the city, with the future of women’s clothing and accessories chain Monsoon Accesorize in the balance.

THERE are fears for 12 more jobs in the city, with the future of women’s clothing and accessories chain Monsoon Accesorize in the balance.

This comes after the chain was granted permission to close nine stores.

Limerick’s two outlets in Cruises Street and at the Crescent Shopping Centre were continuing to trade as the Limerick Leader went to press, with a staff member saying they were awaiting an announcement.

The company has been in examinership since March.

This came after Bernard Dunleavy, counsel for the company, told the High Court that agreement had been reached on the repudiation, or cancellation of leases.

Under examinership law, companies can do this subject to agreement.

A number of other Monsoon Accessorize stores across the country have been slated for closure, including ones in Dublin’s Grafton Street, Jervis Street and the Liffey Valley Shopping Centre, as well as branches in Cork, Westmeath and Co Kildare.

Chamber chief executive Maria Kelly said it would be a “blow for Limerick to lose another retailer.”

A staff member at one of the two Limerick stores - speaking on condition of anonymity - say they have been left “in limbo”.

“We have not heard anything. We hope we will continue to open in the city. We are very hopeful the six jobs in Cruises Street, and the six jobs in the Crescent can be saved,” the staff member told the Limerick Leader.

If Monsoon was to close in Cruises Street, it would be the second shop to cease trading this year, following the demise of HMV.