Majestic sight of seaplanes to return to the Shannon 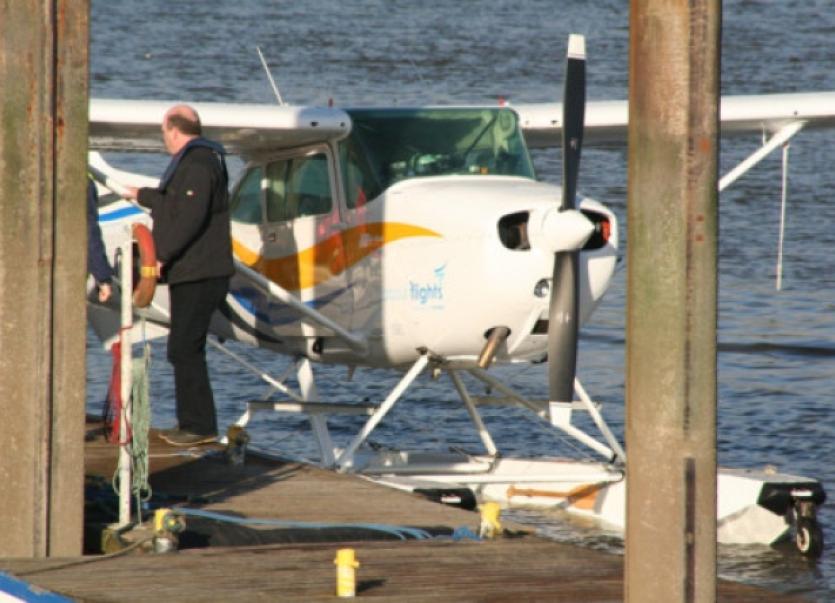 A COMMERCIAL seaplane operation will take to the Shannon for the first time in over 50 years from next week.

A COMMERCIAL seaplane operation will take to the Shannon for the first time in over 50 years from next week.

Harbour Flights Ireland is to start pleasure flights from Mountshannon next week, with Foynes and Limerick expected to follow in the coming months.

Initially, the services will run on a demand responsive basis, taking in some of the Shannon’s beautiful scenery.

But it is hoped that eventually a nationwide service will commence connecting Limerick, Foynes, Galway the Arran Islands and potentially as far north as Donegal.

Plans were initially lodged for a seaplane operation in 2010.

But due to a protracted legislative process, it is only now the company has secured an Aircraft Operating Certificate.

Capt Kieran O’Connor, aviation consultant, said: “Limerick has a huge history. It is important we look after this heritage. We hope to get Foynes back in operation. I think we just have to suck it and see how well it is received, how people like it, and go from there.”

He said there will be four spaces on each pleasure flight.

Six jobs will be created initially.

A source close to Harbour Flights Ireland said it is hoped they will be in Limerick within months.

Its soft launch is being done to iron out any potential problems, the source added.

“We have to crawl before we can walk. There is a whole programme we need to put in place. We will start in Mountshannon, then Foynes. It is only about eight minutes flying time to Mountshannon, believe it or not,” the source added.

Harbour Flights Ireland is planning to use the Clarion Hotel as a terminal point in the city.

The reception area of the hotel will effectively be used as a departure lounge.

Meanwhile, the company has also teamed up with the Flying Boat Museum in Foynes to deliver a start point in the village.