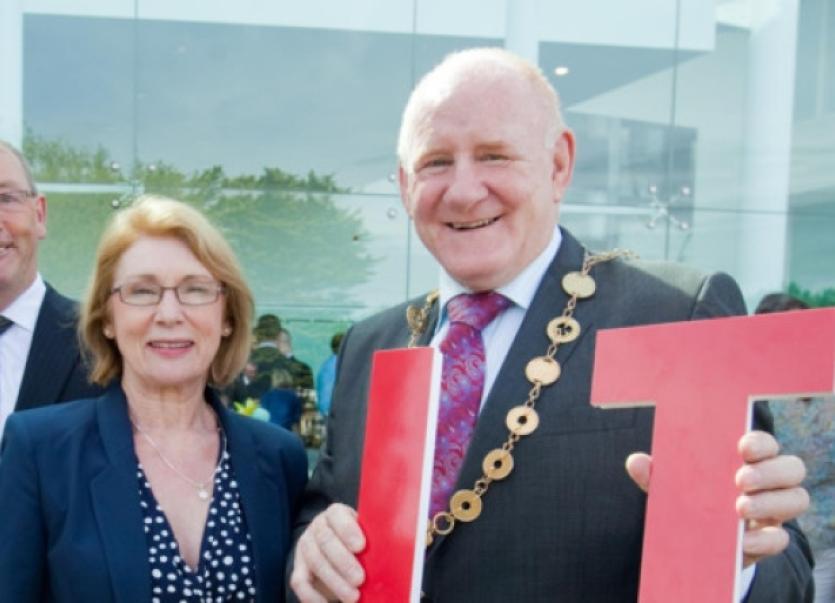 MINISTER Jan O’Sullivan says it is unlikely her party colleague Mayor Gerry McLoughlin will face questions over his intervention in an anti-austerity protest.

MINISTER Jan O’Sullivan says it is unlikely her party colleague Mayor Gerry McLoughlin will face questions over his intervention in an anti-austerity protest.

Mayor McLoughlin surprised many onlookers at this year’s St Patrick’s Day parade by approaching a float by the Campaign against Property Tax and Austerity (CAPTA) and posing for pictures with a sign that read ‘drive the snakes out of the Dail’.

He later said he does not feel it is fair disadvantaged homeowners are being targeted by the new property tax.

But Ms O’Sullivan, Labour’s most senior politician in Limerick, said it is unlikely he will face sanction from his own party, which is part of a government introducing the charge.

She said Cllr McLoughlin’s action was just him “engaging in the spirit of the parade”.

“I would not take this too seriously,” she told the Limerick Chronicle. “I haven’t seen any direct comment that he wants to change what the government is doing.”

Ms O’Sullivan says she does not feel the mayor singled out CAPTA.

“My understanding is he went out to every group and engaged with them. There are lots of opinions within any political party. None of us want to be bringing in measures which are hard to pay.”

In the wake of Mayor McLoughlin’s intervention, Cllrs Tom Shortt and Joe Leddin said politics should not play a part in the parade. Cllr Shortt added he felt the mayor was “exploited” by the group.

But Cllr Maurice Quinlivan, one of the critics of the austerity measures, denied this, adding: “I think they [CAPTA] have an absolute right to be in the parade. They represent a huge constituency of people in the city of people who are opposed to the property tax.”

Carew Park activist Pat Begley was one of the group of ten protestors.

He said the assertion the mayor was “exploited” was “a stupid statement to make”.

“I was surprised to see the mayor getting out of his chair. But I think this was a stupid statement to make. It is not up to Joe Leddin or Tom Shortt to tell people who can and can’t march. I would not have called it a protest. I just said we were marching to let the people know our views,” he said.

Mayor McLoughlin said he will be raising the matter of austerity taxes at next week’s Labour party constituency meeting. He expects this to become a “lively topic of debate”.