Shut down cheese maker still eating his own produce 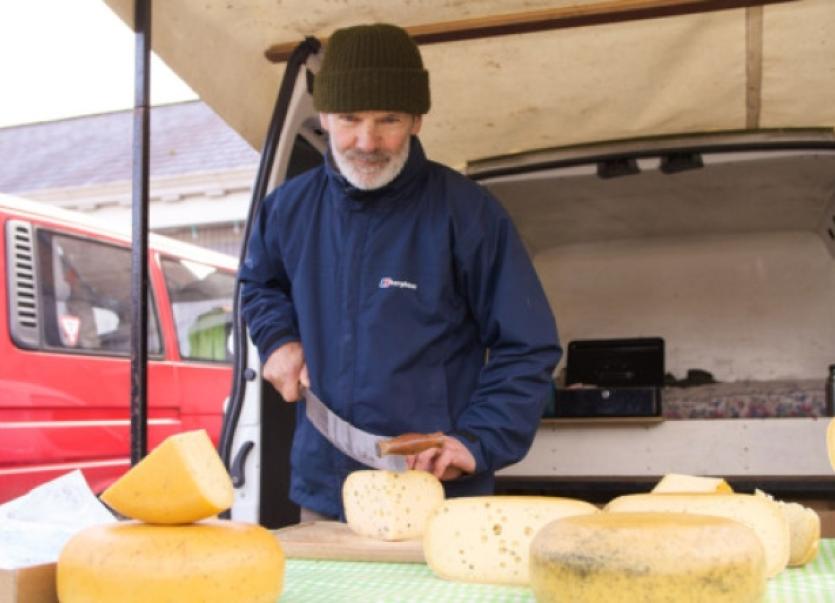 A CHEESE manufacturer says he is still eating his own cheese - in spite of being “shut down” by the Department of Agriculture and ordered not to sell his produce.

A CHEESE manufacturer says he is still eating his own cheese - in spite of being “shut down” by the Department of Agriculture and ordered not to sell his produce.

Pete Nibbering said he, his family and grand-children are still eating the produce, which the Food Safety Authority of Ireland tested positive for e.coli last month.

Mr Nibbering, 64, who is originally from Holland, has been making cheese three miles outside Lahinch in Co Clare for 25 years, and said they have never had an issue with their produce.

However, last month its herb gouda cheese was pulled from the market after testing positive for e.coli 0157, which can cause severe illness in the young and elderly.

The owner said he was informed that a child in Limerick was hospitalised with a suspected case of e.coli, and as a consequence food inspectors arrived to take samples from him in Limerick’s Milk Market.

He said the Department of Agriculture, Food and the Marine have taken his license to sell cheese, even though two recent batches tested negative for e.coli - a week after the first sample was taken by the FSAI.

“Maybe they want us to pasteurise the cheese, but we won’t do that. You might as well dump it in the bin - it kills everything good in it. It’s dead food, and the supermarkets are full of enough dead food already. This food is just making people weaker,” he said.

His son Aron, who works alongside him, is now taking legal advice to appeal the Department’s decision in terms of the order to destroy the produce. Mr Nibbering queried why it hasn’t been destroyed yet if is poses such a risk to consumers.

The company have thanked all their customers for their support in “these stressful times”, saying they hoped they wouldn’t abandon them.