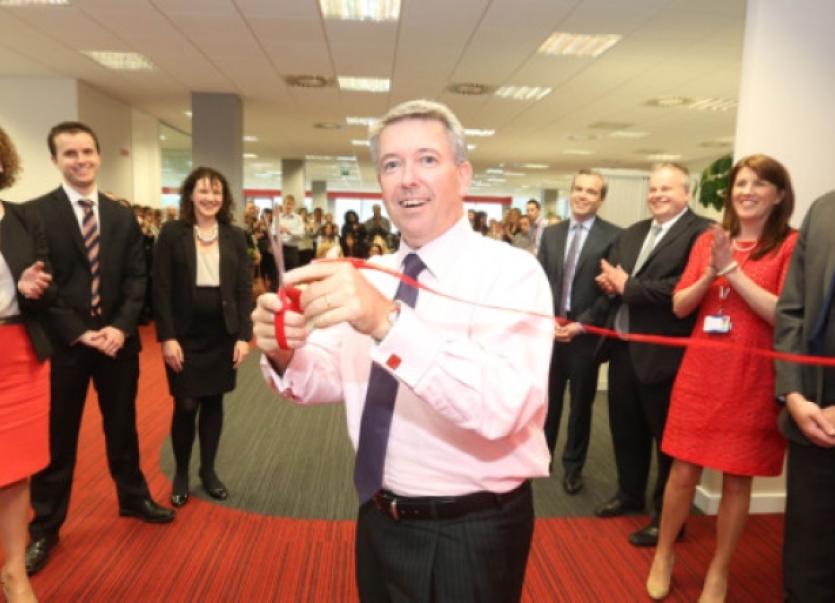 THE financial services firm which acquired GE Capital’s Irish residential mortgage business last year has moved into new offices in Shannon with enough capacity to take on an extra 100 staff.

THE financial services firm which acquired GE Capital’s Irish residential mortgage business last year has moved into new offices in Shannon with enough capacity to take on an extra 100 staff.

Pepper Asset Servicing has taken out 13,000 square feet at Westpark Business Campus as it looks to grow its operations in Ireland and Europe.

Part of the Australian Pepper Group, the company completed a multi-million deal last year to buy GE Capital’s mortgage book, reportedly at a significant discount. GE had been operating at the sub-prime end of the Irish mortgage market and was based in Shannon.

There has already been an increase in employment of 10 since the acquisition by Pepper, bringing the total numbers on the payroll in Shannon to 110.

And after officially opening the new base at Shannon, group chief executive Patrick Tuttle indicated there would be more jobs growth.

“We’re delighted to be opening this new modern state-of-the-art facility here in Shannon, which will support our ambitious growth plans in Ireland and Europe. Following a number of successful business wins we have already grown our job numbers in the region. The new facility will give us capacity to add another 100 positions, if required, and we hope to progressively grow our employee numbers in the future if we realise the many business opportunities we have identified in Ireland,” Mr Tuttle commented.

The Irish operation’s CEO Paul Doddrell said it had made a significant investment in IT systems in Shannon to better serve its customers.

“Our new commercial servicing platform, which is already operational, as well as a new tailored mortgage servicing platform which is coming on stream in the coming weeks will significantly enhance our ability to offer new services to customers in Ireland. This will include a full suite of loan restructuring options for customers requiring support including split mortgages,” Mr Doddrell said.

Westpark managing director Brian O’Connell said: “We are delighted to welcome Pepper Asset Servicing to Westpark. Pepper joins a prestigious cadre of over 30 companies already operating out of the Shannon business campus. Its choice of Shannon as its Irish hub is seen by all as a strong vote of confidence in the Midwest region and in Westpark.”