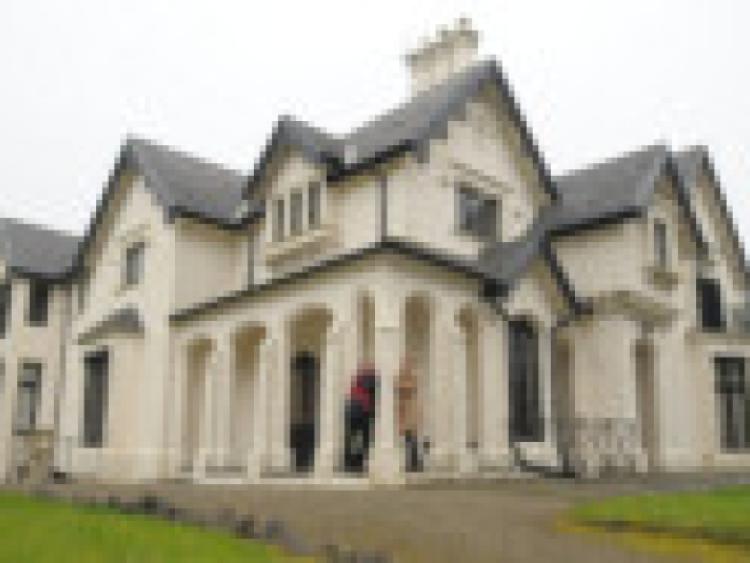 AT the height of the boom it could have sold for €6m, but the former home of a Mayor of Limerick on the North Circular Road has been bought by Villiers school for a third of the price.

AT the height of the boom it could have sold for €6m, but the former home of a Mayor of Limerick on the North Circular Road has been bought by Villiers school for a third of the price.

The fee-paying school, which has 610 pupils, described the purchase as their “most significant expansion” in over 50 years.

The North Circular Road school moved to their existing site in 1953, from Henry Street, and have now bought the adjacent property, Derravoher, to allow for further expansion.

The property they own on the NCR will now expand to nine acres, once they have knocked the adjoining wall to the five-bedroomed property, with has three large reception rooms, and a smaller house, known as the Coach House.

Headmistress Jill Storey told the Limerick Leader that this is the “ideal” location for the expansion, as there are so few sites on one of Limerick’s most expensive addresses that would have been suitable for their expansion.

She said the school is in a “healthy” position financially to afford the purchase, adding that it is “fortunate” that their school numbers are increasing, rather than diminishing in the economic climate.

She added that it was “fortunate” that the downturn in the property market has swung in their favour. Annual fees for the school vary from over €3,000 to in excess of €10,000 for boarders, but she said that “they are one of the lowest amongst the fee-charging sector.”

After the property became available for sale last year, they entered a “lengthy period of consultation, professional advice and careful deliberation” before making this acquisition.

“This is a once in a lifetime opportunity for Villiers and provides us with the scope to extend, enhance and enrich the school campus for study, boarding and sporting facilities. We are delighted that we have been able to secure the property which will be of immense value to not only our current students but for generations of students to come. It’s an investment for our future and one we couldn’t afford to miss, located as we are in an urban setting.

“School resources have been and must continue to be prudently managed for this development, particularly at this time when successive governments reduce our teacher allocations,” said Ms Storey.

Derravoher, a period house built around 1830, is listed in the National Inventory of Architectural Heritage and “in keeping with the school’s history and traditions” as Villiers was established in the same era.

Founded in 1821, 20% of the school’s student body are boarders and 20% of those are from outside Ireland, with students from France, Germany, Spain and Russia.

The property was the most recently the home of the late Mayor of Limerick and Freeman of the City, Ted Russell, who passed away in 2004. His wife Derry, passed away 18 months ago, and the property was left to their four children.

It was also formerly owned by Alexander William Shaw, of the famous Shaw & Sons bacon factory on Mulgrave Street, and the founder of Limerick and Lahinch golf clubs, in the late 19th century. The Property Price Register shows the sale was completed on February 11 last.