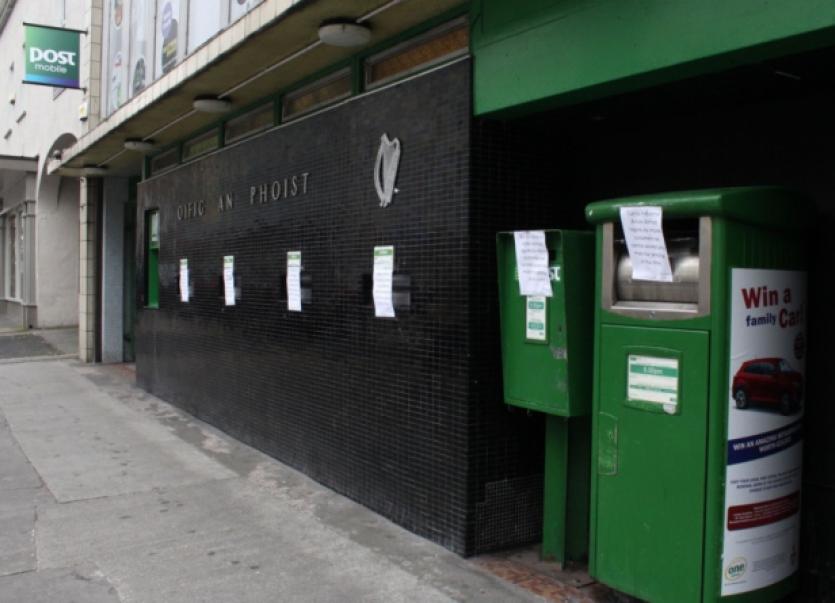 PEOPLE in Limerick, and nationally, are being asked not to send letters as a result of strike action by An Post sorting office staff.

PEOPLE in Limerick, and nationally, are being asked not to send letters as a result of strike action by An Post sorting office staff.

The staff employed by contractor IO Systems are in dispute over new rostering arrangements, and subsequent loss of earnings.

The union says the restructuring will mean pay cuts of 22% for some workers.

On Friday morning, staff at Limerick’s General Post Office (GPO) in Henry Street, plus sub-branches across the city placed notices on the postboxes asking people not to send letters.

Although there were hopes the impasse might have been resolved over the weekend, postboxes remained closed this Monday morning.

If the strike continues, An Post are believed to be considering issuing protective notices to some of its 9,500 staff members.

A spokeswoman for An Post said they are “hugely concerned” about the action.

This Monday morning, she said: “We are regretfully advising customers not to post as the action is still underway. This is a dispute between IO Systems and the CWU. We call on them to cease this action and to use the channels available to them to resolve the dispute without any more impact on customers and on An Post business.”

In a statement issued last night, CWU general secretary Steve Fitzpatrick called the decision to shut down the postal service “strange and reckless”.

He said: “The decision of An Post management to shut down the postal system is a strange and reckless escalation of the dispute at IO Systems that will wreak havoc and long-term damage to the national postal service.”

Other post office services, including the purchase of stamps, telecommunications, stationary and lottery are operating as normal.