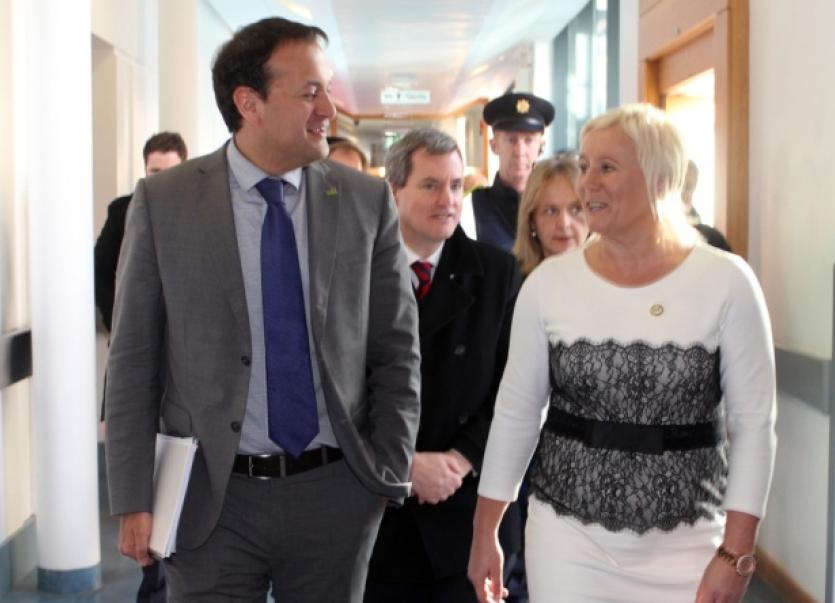 THE Department of Health and the HSE have confirmed that 100 jobs will be generated as a result of the opening of the University Hospital Limerick’s new Leben building, which will open next month.

THE Department of Health and the HSE have confirmed that 100 jobs will be generated as a result of the opening of the University Hospital Limerick’s new Leben building, which will open next month.

The new venture at the Dooradoyle campus will start in November on a phased basis, with the opening of the neurology/stroke unit and five beds in an adult cystic fibrosis unit.

The six-storey building, which cost €16.5m to design, build and equip, will consist of the 24-bed neurology/stroke unit, a nine-bedded cystic fibrosis adult inpatient unit, an outpatient cystic fibrosis unit, a dermatology unit and a symptomatic breast unit.

Though the UL Hospitals Group could not outline, at the time of going to print, a breakdown of the positions to be recruited, a spokesperson stated that the team of 100 “multidisciplinary” jobs have been approved to provide the said-services at the new building.

“This is a very significant endorsement of UL Hospitals and our commitment to meeting the needs of the community we serve,” the spokesperson stated, adding that recruitment is ongoing.

A spokesperson said that this development will provide “greatly enhanced care to inpatients and outpatients in state-of-the-art facilities”.

The spokesperson said that the opening of the Leben building in November will relieve rising overcrowding levels and “will allow the relocation of patients to the Leben building which means significant bed capacity would be freed up elsewhere in the hospital”.

Group CEO Colette Cowan said at the launch that the Leben building will help free up “significant bed capacity”. The agreement of the reopening of a 25-bed inpatient ward in November will also help support activity levels in the emergency department at UHL. Ms Cowan said that the ward is being refurbished, in order to bring it in line with HIQA standards.

“Both of these measures should allow the hospital better manage any increases in admissions this winter,” she added.

She said that the Minister for Health Leo Varadkar, Minister for Finance Michael Noonan and Minister for Education Jan O’Sullivan were given a brief tour of the complex, and were “very impressed with the work to date”.

UHL is also undergoing a recruitment process in various specialities, and the group has appointed a number of “highly qualified consultants” in vascular surgery, radiology, and obstetrics and gynaecology. An extra consultant neonatologist will take up appointment next month.

Meanwhile, an additional ENT (ears, nose and throat) consultant is to be appointed at UHL in order to meet staffing ratios in line with international standards.