Ireland facing a ‘mountain of a challenge’ against France 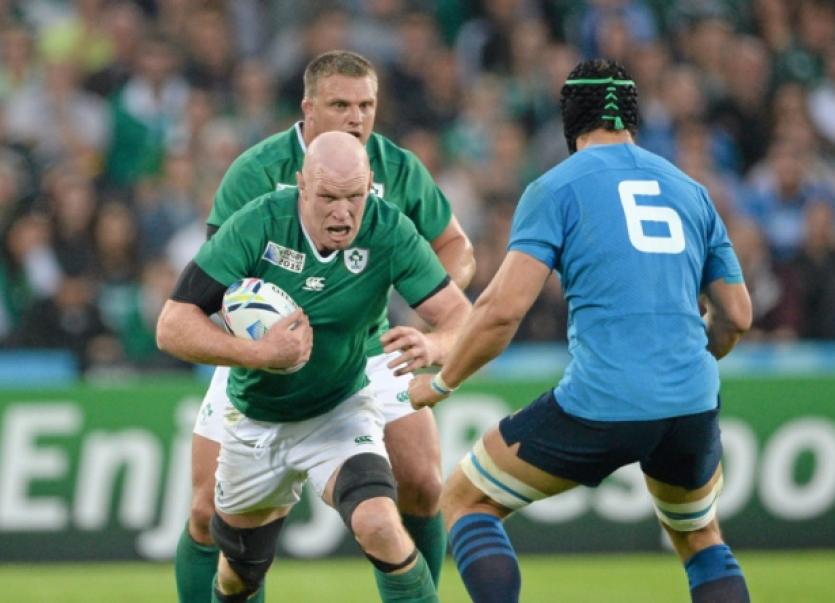 PLANES, trains, ferries, cars and camper vans - no matter the mode of transport, all roads lead to Cardiff this weekend for the hordes of travelling Irish rugby fans.

PLANES, trains, ferries, cars and camper vans - no matter the mode of transport, all roads lead to Cardiff this weekend for the hordes of travelling Irish rugby fans.

Supporters from across Limerick and the region are gearing up to make the journey to the Welsh capital for Ireland’s clash with France in the Millennium Stadium at 4.45pm on Sunday - a match that will determine the opponents in the quarter final of the Rugby World Cup the following weekend.

The county will be well represented, with Paul O’Connell to lead his country on his 108th appearance for Ireland alongside Patrickswell’s Conor Murray, while it is as yet unclear as to whether Ireland’s record Rugby World Cup try scorer Keith Earls will make the team.

Provincial counterpart Peter O’Mahony is expected to start, while Simon Zebo, along with Limerick’s own Eoin Reddan and Sean Cronin are all expected to feature at some point in the game. The team will be named today at 1.30pm.

Ryanair’s Monday flight home from Cardiff to Shannon is sold out, but there is some limited availability on the outward service on Saturday, at a cost of €153.99. The situation is similar on the Aer Lingus service from Dublin to Cardiff.

It won’t be a cheap trip no matter how fans make their way to Wales, with limited availability in hotels in Cardiff, with Booking.com showing just four properties to choose from on Sunday night, starting at a whopping €900.

Killester Travel, who are running packages to the match and the quarter final stages, said that demand was “enormous”.

The mighty Paul O’Connell admitted in the aftermath of the hard won victory over Italy that he hasn’t “got a fantastic record” against a France side that always raises its game for the World Cup.

“They’re an incredible side with incredible talent. They have size, physicality and, obviously, great skill. They play with a lot of passion and emotion as well. Any Irish team that goes up against a French team, it’s always a massive challenge for us. In recent years, we’ve done well but the games have been really, really tight,” he said.

“For us, we’ve had to produce massive performances to make those games tight. I think we’ve had two draws in the last four years. We’ve managed to win two but they’ve been one- score games. It’s a mountain of a challenge.

“We knew how tough this game was going to be all the time. We were hoping it was going to come down to the last round of the pool stages. Hopefully, we can produce the performance that is needed.”