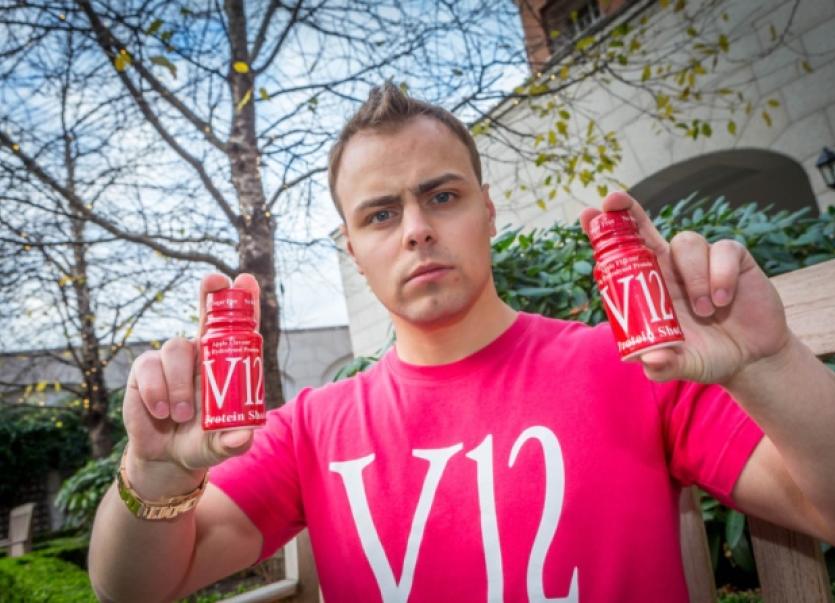 A LOCAL energy drink company is set for a boost as it enters into the second year of a deal with a top English soccer team.

A LOCAL energy drink company is set for a boost as it enters into the second year of a deal with a top English soccer team.

V12 shots, based in Sixmilebridge, is entering into its second full season sponsoring Wolverhampton Wanderers of the English Football League.

Headed by Ciaran Greenwood, and trading mainly in Britain, V12 is a protein shot.

The company is the nutritional partners to Wolverhampton Wanderers, also known as Wolves, who just missed out on the playoffs for promotion to the English Premier League last season.

Next Monday, Sky’s cameras will be at the team’s Molineux stadium as the annual team photo takes place.

As a club partner, Ciaran will also be present, and will get photographs of players clutching bottles of the energy drink.

In particular, he is hoping to get a picture with Benik Afobe, who with 43 goals was England’s top goalscorer last season.

The former Arsenal trainee turned out for both the Milton Keynes Dons then Wolves.

Ciaran said the partnership with Wolves is really beneficial to the fledgling company.

“I think the biggest thing is it says a lot about our product. The fact they are prepared to do a deal like this really shows how highly they think of our product,” he told the Limerick Leader.

Asked how much the deal is worth go V12, Ciaran added: “It is very difficult to put a worth on it. But if you look a lot of the other partners, they will pay €100,000 per year. We would not pay anything.”

As well as partnering with Wolves, the protein shot is also stocked in Ocado, a large British supermarket.

Born in Limerick and raised in Sixmilebridge - where V12 is still registered - Ciaran boarded at Blackrock College, before moving to London at the age of 20.

Now 22, he was named by the Irish Independent as a person under 30 to watch.