Foynes hope to have third air show next year 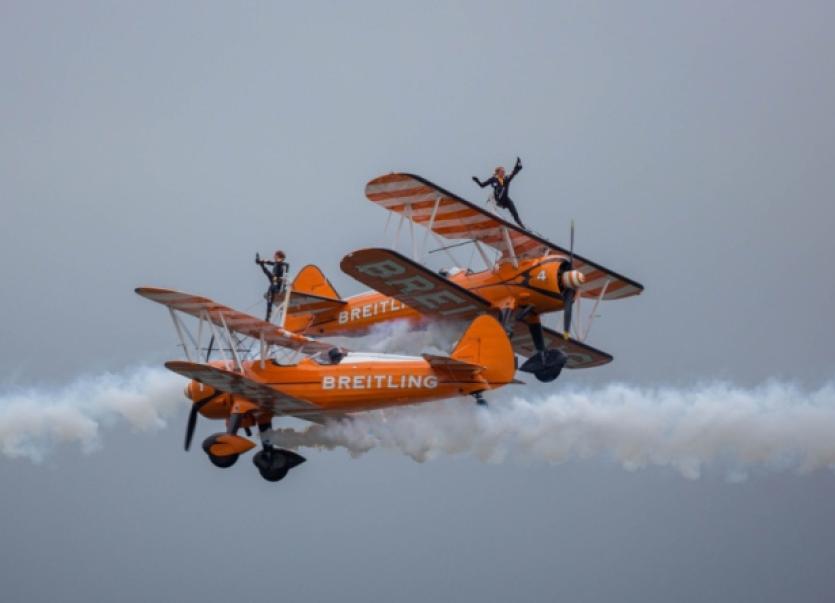 Despite the huge costs associated with staging the by now the annual Foynes Air Show, organisers say they hope it will carry on next year with an even bigger turnout.

Despite the huge costs associated with staging the by now the annual Foynes Air Show, organisers say they hope it will carry on next year with an even bigger turnout.

Some 15,000 people gathered along the shores of the Shannon Estuary last Sunday for a stunning display of world class planes.

“If it hadn’t been raining throughout the day we would have had up to 20,000 spectators,” said Margaret O’Shaughnessy, director of the Foynes Flying Boat Museum and one of the main organisers of the air show.

The event received funding of €50,000 from Limerick City and County Council.

Cllr Kevin Sheahan, who pushed for the grant said: “I always believe that if you’re spending money, spend enough of it in one go and try to have something significant and this is certainly a significant event. It’s the second time we’ve had an air show in Foynes.”

“Ms O’Shaughnessy recognised that it was time to change the type of celebrations that should take place on an annual basis in Foynes and opted for an air show even though we had an air show last week in Bray and one the week before in Shannon, it hasn’t interfered with the turn out today,” added Cllr Sheahan.

Ms O’Shaughnessy said: “We hope to hold another show next year, but it is a huge undertaking, you are looking at €120,000 because it is a free show, which is wonderful of course.”

Dublin Coach sponsored a park and ride service to the show.

“It worked a treat,” she said. “Everyone was complimenting how smooth and how quick the service was run.”

She added that the show was a huge success.

“It’s all down to our air show director Gerry Humphreys, who is highly regarded in the aviation industry and is one of our top aerobatic pilots, he’s brilliant, he’s a director of the museum as well,” she explained.

There was a minute’s silence in the memory of Howard Cox, the pilot who tragically lost his life in an accident on the eve of the show, after the event went ahead as requested by the Cox family, with the show dedicated to the air craft engineer from Devon, England.

Mr Humphreys, a close friend of Cox and also director of the Air Show, was flying five minutes behind him when the air accident occurred. They had both been flying from Waterford to Shannon Airport when the James Bond style mini-jet caught fire.

He was going to perform a low pass over the crowd in Foynes, and there would have been a screaming sound from the engine. But instead, at 1pm, there was silence amongst the crowd to pay their respects before beginning the show.

Conditions might not have been perfect, but it proved a great success with the highlight for most the performance of the Breitling Wingwalkers.

The event opened with the Irish Air Corps, Naval Service (LÉ Samuel Beckett), Irish Coastguard, and SAR teams from all over the country carrying out a massive sea, land and air exercise.

“The show went on with the insistence of the family of Howard Cox, other than that we wouldn’t have gone ahead with it,” said Margaret.

“It’s all down to our air show director Gerry Humphreys, who is highly regarded in the aviation industry and is one of our top aerobatic pilots, he’s brilliant.”

Minister for Justice and Equality, Frances Fitzgerald, who spoke at the event said she was delighted to get an invite “ Ireland is the world centre for aircraft leasing.

“The reality is it’s an enormous business, its a multi-million euro business”, she said “The role is plays in tourism then, we are seeing more tourists at the moment and I’ve no doubt that what you’re doing here in terms of tourism here is only going to grow and develop in the coming months and years ahead.”