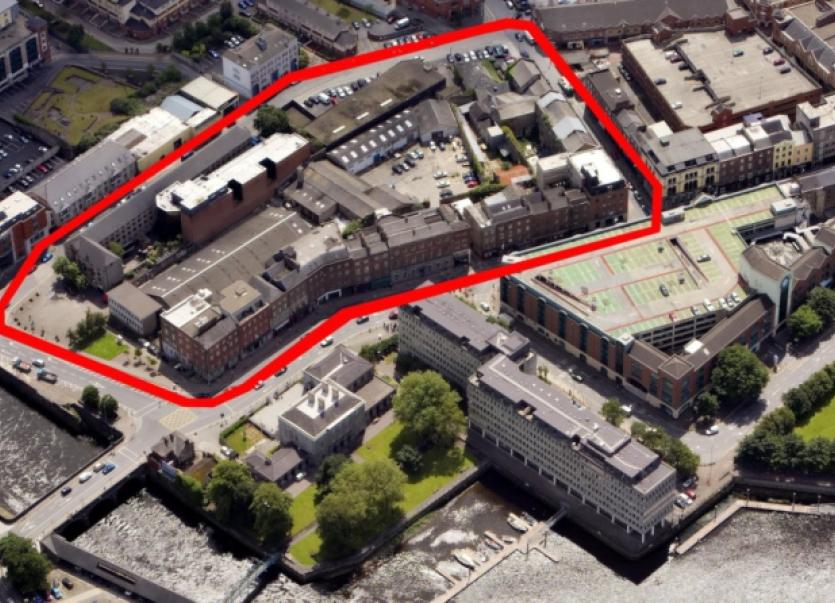 The deadline for tenders to develop the massive site on Patrick Street and surrounding areas has now passed, but the council cannot comment on the exact nature of the seven proposals for the site due to the tendering process.

Phase two of the formal statutory process is now being undertaken, which is expected to last several weeks, before a shortlist is finalised to take on the 2.8 hectare site. It is expected to cost an estimated €100m to develop.

Limerick’s local authority is looking for a partner to develop the site – previously worth over €100m – over the next ten years, which will include 50,000 square metres of office, retail and educational space.

Conn Murray, CEO of the local authority, said there are a number of stages yet to take place before any successful party is announced.

“The assessment process will take place during the month of May, with a view to having a shortlist by mid June, and from that the next phase of negotiations, which obviously are the lengthy part of the process, we expect that to take in the region of 12 months,” he said.

“Again, we’re looking at a worst-case scenario of probably a five-year period. I am sure that those who come to the table will offer opportunities of how they intend to phase and deliver that,” he said.

UL, LIT and Mary Immaculate College have all expressed interest in acquiring parts of the site for education and accommodation purposes.

While the retail sector in Limerick city has declined in recent years, the council could not comment on what percentage of the new development will encompass retail premises.

“The exact mix of uses on the site will be an important part of the tender negotiation process and will be determined during stage two of the process,” it stated, in a written reply to the Limerick Leader.

Asked how the site could in the future support 3,000 to 5,000 jobs, as the council recently highlighted, it said this estimate was “on the basis of the site location and its overall development capacity”.

A council spokesperson added that heritage and historically important structures on the site would be “an important part of the tender negotiation process”.

On the site, UL plans to develop a 350 residence student village, a Clinical Therapies community practice centre and a city centre design laboratory for the UL School of Architecture.