Still no buyer for ‘worst car in the world’ 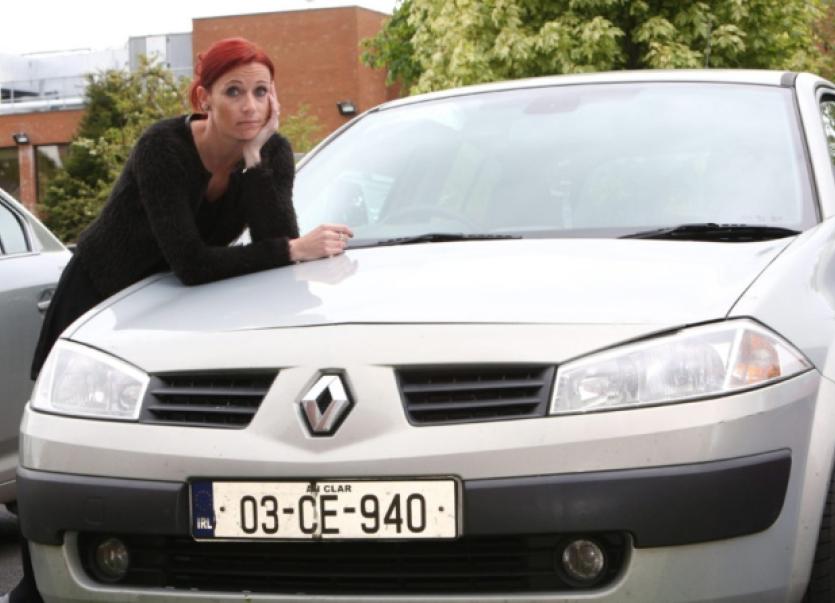 THE ‘worst car in the world’ - which is for sale from a Limerick woman - has attracted over 46,000 views, but as of yet no new buyer.

THE ‘worst car in the world’ - which is for sale from a Limerick woman - has attracted over 46,000 views, but as of yet no new buyer.

The Limerick Leader last week revealed the honest attempts of Lorna O’Connor, 34, from Corbally, to sell her car, which she admits is the ‘bane of her life’.

But since then her story has gone viral. “I have had texts messages from Australia, and the phone has been hopping all week,” she told this newspaper.

There have been a few offers of €200 for the Renault Megane, but she has advertised it for €650 on Done Deal, half the going rate, she believes.

“I bought it in February 2010 for €3,500, and sold my motorbike to put money into it. I’d say I’ve spent another €4,000 to €5,000 on it. There was a time when I had my mechanic on speed dial, and on one occasion he felt so sorry for me that he didn’t charge me. I’ve had a few mechanics look at it, so its problems are definitely not down to any mechanic,” she explained.

Her brutally honest and funny advert reveals that her 1.4 litre five-door hatchback has 108,742 miles on the clock and “is a complete let-down”.

Lorna, who recently got engaged, said the wedding will be on hold until she can sell the car, and is prepared to go without a car for summer months, “investing in a good pair of trainers and an umbrella instead”.

“The car is still driving, but the tax is up on her at the end of the month, so she will be off the road from June 1. There’s this thing that comes up on the dash called ‘check injection’. I think they should change it to ‘check insanity’. I could be on the dual carriageway, driving away, ‘check injection’ will come up, and the car will just increase speed drastically, or decrease, and I’ve gone from 120km down to 40 in the space of a couple of seconds.

She got rid of her Toyota Yaris when she had a baby and bought the Renualt, but has vowed to return to the “reliable” Toyota again. The NCT has been up since January of last year and it has failed the test of road worthiness four times as she can’t locate the wire for the water in the wipers.

“I don’t know if anyone will buy this heap of crap but I won’t know until I try to sell it either as a whole car or for parts. I haven’t washed it as I feel it doesn’t deserve it! In the past five years since she bought it, Lorna said it has suffered every breakdown possible, but it has always been fully serviced.

She said she put in two new tyres last weekend and found out the steering rack now needs to be replaced.

“So now I have this heap of crap that needs more money (€300 for rack and labour) and it’s not even worth it.

“The passenger window doesn’t work as that just clapped out one day. Now at this stage I’ve put twice the amount of money I initially paid for it back into it. It’s a disaster of a car and it has done nothing but diminish all hope of it working to its full potential (for me anyway).

“It is the bane of my life! I need a divorce from it or I’ll end up in a mental institution from frustration and poverty. I dread bringing it to a mechanic as no sooner do I hand it in for one item, something else goes.”

It is due its fifth NCT test this June. “It previously failed on inner tie rod ends and emissions (all perfect now). It won’t pass over the steering rack that I’m not fixing. Probably the most honest ad ever!”