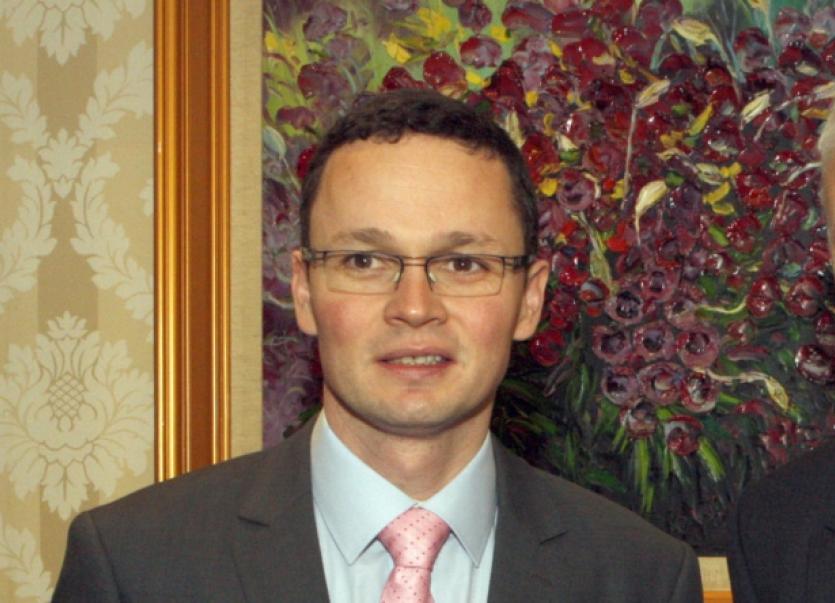 IT IS TIME to end the confusion of Limerick’s two mayors and just have one, believes Deputy Patrick O’Donovan.

IT IS TIME to end the confusion of Limerick’s two mayors and just have one, believes Deputy Patrick O’Donovan.

He was prompted to table a Dail question to Minister for the Environment Alan Kelly due to the perplexing ongoing situation.

“People have basically asked me what is the protocol - have we one mayor or two mayors? Are both on an equal standing - who is the first citizen?” said Mr O’Donovan.

Councillors voted to abolish the century old title of cathaoirleach in favour of creating a new office of Mayor of Limerick City and County last November.

Cllr Kevin Sheahan took on the new title while Cllr Michael Sheahan - previously Mayor of Limerick before the change - is mayor for the Metropolitan District. In essence, there are two Mayor Sheahans.

“You can’t demean the office but by the same token when you have a situation where somebody is speaking at a podium and they would like to welcome the Mayor of Limerick City and County and the mayor of the city as we know it now as defined by the Metropolitan District – it just sounds all wrong,” said Mr O’Donovan.

“The advice, views and proposals resulting from this process will provide a sound evidence base upon which to consider any adjustments, legal or otherwise, that may be warranted,” said Mr Kelly.

Mr O’Donovan, speaking as a citizen of the county “no more than everybody else” thinks there should be one Mayor of Limerick City and County and four deputy mayors.

“The four deputy mayors would be in Newcastle West, Adare-Rathkeale, Cappamore-Kilmallock and the Metropolitan District. You would essentially elevate the chairperson of the municipal districts to a deputy mayor.

“They would be able to carry out a lot of the civic work that is being currently expected of the Mayor of Limerick City and County.

“There would be no confusion then. You would have one mayor and four deputy mayors,” said Mr O’Donovan, who is going to suggest this to Mr Kelly. He also referred to County Cork.

The review announced by Mr Kelly was raised in City Hall this week with some metropolitan councillors saying they would fight “tooth and nail” to ensure the mayor of their own area remains the first citizen.

They have fixed the AGM of the city area for the evening of Friday, June 19, with a proposal to have the traditional mace, floral decorations and related finery return to the chamber for the occasion for the first time since 2013. Independent councillor John Gilligan said: “The metropolitan mayor should be the mayor full stop. End of story. This is precisely what I want to see. I want to see it happen for my city.”

Meanwhile, Cllr Shane Clifford suggested the mayor of the Metropolitan District retain the title, but be known as the deputy mayor of the council overall.

Mayor Michael Sheahan said: “I am a great lover of our culture and language. I want to see the title of cathaoirleach retained, and I want to see the Metropolitan District of Limerick’s leader known as mayor. I will make my views known to the Minister in due course.”