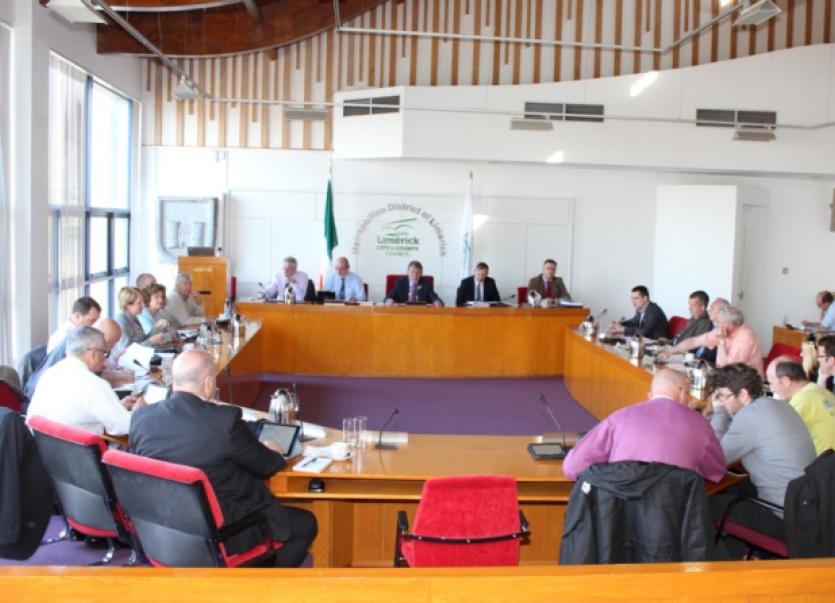 COUNCILLORS elected to the Metropolitan District are being briefed on operational matters at meetings which are being held in private with no statutory powers.

COUNCILLORS elected to the Metropolitan District are being briefed on operational matters at meetings which are being held in private with no statutory powers.

Management at Limerick City and County Council agreed to allow metropolitan councillors to hold their own area meetings, after they complained that 21 people meeting together did not allow local issues be dealt with.

Now, a Freedom of Information request by the Limerick Leader has revealed that issues such as anti-social behaviour and problems with people keeping horses in public and private homes in Garryowen, plus elderly people being threatened by horse owners in the area are being raised at these meetings, which the media are precluded from attending.

Other items include repairs in various parts of the city, plus extensions to the Patrickswell graveyard.

Councillors also discussed whether the opening times for the Castletroy play park could be extended, and why the walkway at Clancy’s Strand was not open on a more regular basis.

City West members meanwhile, debated whether calming measures and children at play signs be erected for Barrack Hill, while considering whether speed ramps could be installed in the Glencairn Estate.

Naturally, potholes were also on the agenda - in Clarina, Ballybrown, Blackberry Lane, the Bloodmill Road, Roxboro Road and in Castleconnell village.

In the last city council, local meetings were held in private until the last year when former Labour councillor Tom Shortt had them opened up to the public.

According to the documents released to the Limerick Leader, six separate meetings have been held so far - three in March for the City East, City West and City North areas, and three in April for the same districts.

These meetings – known as Local Operational Briefings – were attended by a majority of the 21 urban councillors, as well as the local authority’s deputy chief executive Pat Dowling.

Although the issues and which local authority official will take action on these are documented, there is no legal obligation for this to happen.

It is not known if detailed minutes stating who said what have been kept.

However, the documents for March are different to the documents submitted for April in that the latter does state which councillor made which request.

For example, Cllr Sean Lynch called for the junction at the shop in Ballybrown to be realigned, and whether additional lights and footpaths be provided, while Cllr Paul Keller raised concerns over dog fouling at Mount St Lawrence cemetery.

A council spokesman said: “These deal with minor operational matters in each area so the agenda for the monthly meeting can deal with more strategic items.”