Limerick agri-applications up over 60 per cent in a year 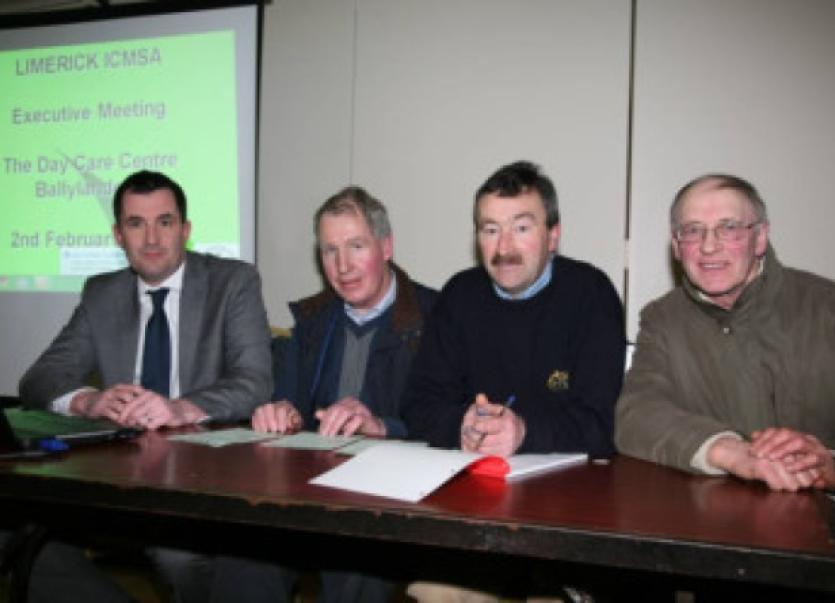 ONE HUNDRED and eight agriculture planning applications to Limerick City and County Council in 2014 proves yet again the importance of farming to the rural economy, say the ICMSA.

ONE HUNDRED and eight agriculture planning applications to Limerick City and County Council in 2014 proves yet again the importance of farming to the rural economy, say the ICMSA.

The figures show a 63% increase on the number of agri-related application in 2013 which stood at 66.

There were just over 30 new or extensions to milking parlours applied for. This shows the number of local farmers either getting into dairying or planning to produce more milk post quota after April 1.

There were dozens of applications for slatted sheds, underground slurry tanks and calf houses to prepare for the increase in stocking numbers.

Many sheds were also extended.

Fees accrued by the council from farmers stood at over €40,000 from the list given to the Limerick Leader. Millions of euros has been spent on construction with resulting employment of hundreds.

Limerick ICMSA chairman Thomas Blackburn said that the information from the council demonstrates the importance of the farming community to the rural economy.

“Farmers are never given the credit for what they do for the economy - directly and indirectly. There has been no building going for a long time. I was talking to a concrete company and they told me only for the farming community they would have gone out of business. It was the only thing that was happening.

“When you look around rural Ireland, when did you see the last site opened?” asked Mr Blackburn, who farms in Effin.

Regarding the scale of expansion in County Limerick he says that there is a certain amount of confidence out there. Recent improvement in the dairy markets have eased fears that prices would fall to disastrous 2009 levels.

“Things are not looking as bad as they were but the situation really is that it will be after April 1 before we know what volume of milk is actually there, here and all over Europe.

“We are still in a quota situation. Hopefully, it has bottomed out but we have to tread carefully at this moment in time,” said Mr Blackburn.

As the county produces nine per cent of the country’s total milk production local farmers will be hit hard by the biggest superlevy fine in quota history. With over 70,000 extra dairy cows calved in Ireland in 2015 supplies will continue to increase.