Limerick to go cricket crazy for Ireland’s day of destiny 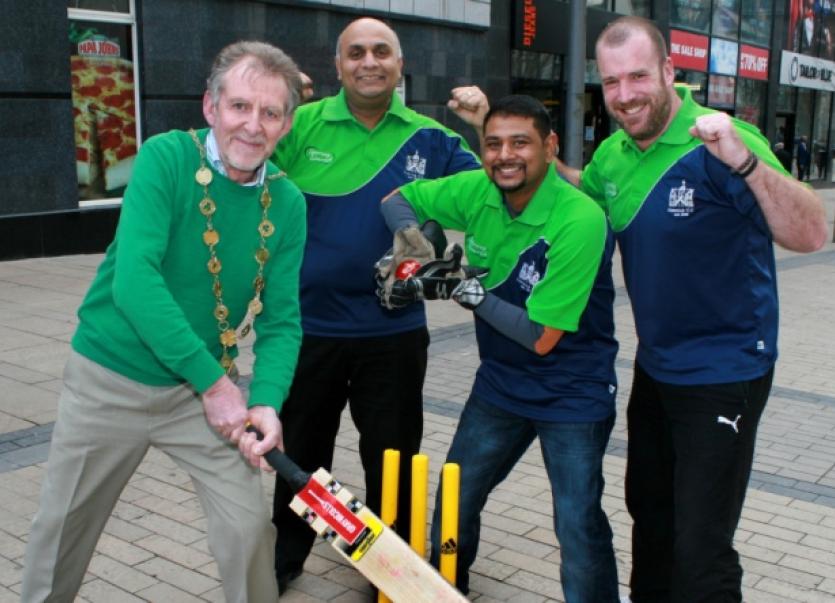 LIMERICK will go cricket crazy on Saturday with a festival in the city on the eve of Ireland’s crunch World Cup match against Pakistan.

LIMERICK will go cricket crazy on Saturday with a festival in the city on the eve of Ireland’s crunch World Cup match against Pakistan.

The sound of leather on willow will echo through Bedford Row on Saturday morning, as Limerick Cricket Club and metropolitan district mayor Michael Sheahan team up to host an exhibition of cricket.

Everyone will be invited to try their hand at batting and bowling, with the event taking place between 9.30am and 2pm.

Altaf Khan, the general manager of the George Boutique Hotel, said he hopes it will inspire people to join Limerick Cricket Club, which plays its home matches in Adare, and trains at the University of Limerick.

“The aim of Saturday’s event is to cheer our Irish team, to get behind our boys, and at the same time to create more awareness that there is a club in Limerick, and we want more members to join up. Limerick is a city of sport, and we want to raise the profile of cricket in the region,” he said.

Coaches and staff from Limerick Cricket Club will be present on the day, and they will be joined by representatives of Cricket Ireland, and the Munster cricket team.

Mr Khan – who has lived in Limerick for 20 years – said interest in cricket has “snowballed” since Ireland beat his native Pakistan back in 2007.

They face the same opposition in the early hours of Sunday morning needing just a point to advance to the knockout stages of the World Cup currently taking place in Australia and New Zealand.

There will be no divided loyalties for Altaf on this occasion though.

“My 15-year-old son Sufyan plays for Munster as the opening batsman, and he has been selected for the southern Ireland cricket team under 15s, so I think we will cheer for Ireland now. It would be fantastic if they win,” he said.

Mayor Sheahan admits he has always had a love of cricket.

Ireland will earn the point they need to qualify if the game is rained off.

With this in mind, he joked: “I hope we can bring an Irish solution to a World Cup problem. I hope it rains, so we can both qualify”.

Another member of Limerick Cricket Club, James Spencer, who grew up in the Australian capital city of Canberra, will also be cheering for Ireland.

“As someone who grew up with the sport, to be in a country where cricket is not well known, it is fantastic to see people fall in love with it like I did,” he said.

Naturally, he is hoping Ireland’s success is not at the expense of his native land.

But he is not completely confident the Aussies can win the competition, saying it is a four-way tussle between New Zealand, themselves, South Africa and India.

“On their day, any one of those teams can win,” he said.