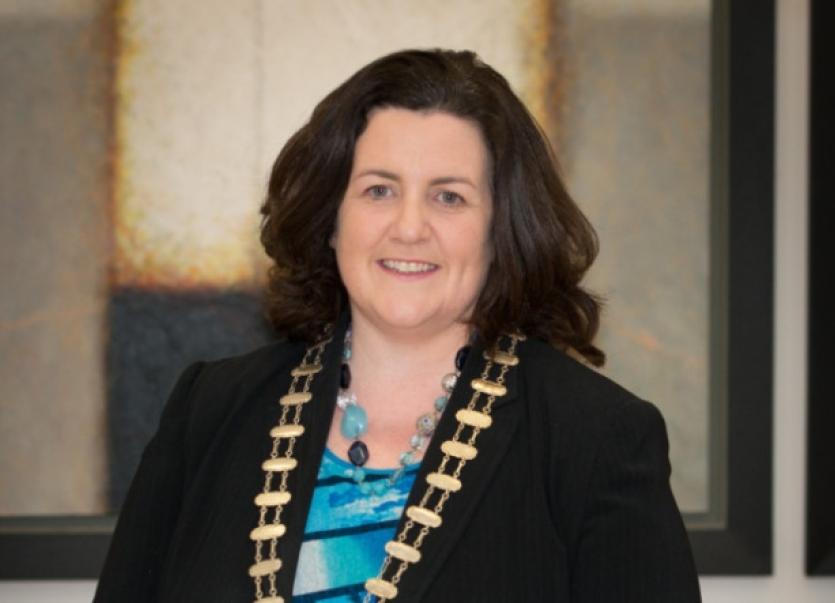 the GENERAL manager of Northern Trust in Limerick Catherine Duffy has been elected president of the Limerick Chamber.

the GENERAL manager of Northern Trust in Limerick Catherine Duffy has been elected president of the Limerick Chamber.

Ballina resident Ms Duffy is only the third woman to take on the role, following in the footsteps of Kay McGuinness and Jeanette McDonnell.

She follows accountant Cathal Treacy into the role, and will serve as president as the Limerick Chamber marks its 200th anniversary.

Speaking to the Limerick Chamber’s ‘Business Connect’ magazine, Ms Duffy said she wants to get more of its members involved in the running of the organisation.

“The most important part of Limerick Chamber is our members. The chamber provides them with the chance to air their views and concerns.

“We have take all that information on board and represent them in dealing with the Government and other agencies. There is a lot of lobbying going on.

“The chamber is on a journey and we are bringing our members along with us, putting their point of view out there and learning how their businesses are doing and growing,” she said.

Ms Duffy added the Chamber must also be there as a “point of reference” for new businesses and individuals coming into the region.

“We would like to be included in pitches for new businesses coming in and welcoming new companies, small and large, into the region,” said the boss of Northern Trust, which has just announced 300 new jobs this week.

She said for the Chamber to remain competitive, its membership cannot stand still. To this end, she will work with new Chamber chief executive Dr James Ring to develop a blueprint for the future.

“When we have our new strategic plan, it will encourage members to come forward and be part of improving Limerick. We want people to think of Limerick, whether they’re going on a holiday or setting up a company.

“We want Limerick to be at the forefront of people’s minds, both in Limerick and outside looking in. The chamber also provides a lot of networking opportunities, forums and events,” she explained.

Originally from Terenure in Dublin, Ms Duffy came to Limerick in 2008 to manage Northern Trust’s operation here. Back then, the financial services firm employed just 19 people. That will increase to over 1,000 people in the coming years.

Married to Eugene, a farmer, she has four children, Gerard, Patricia, Gerard and Elise.

Although only the third female president of the Chamber, Ms Duffy said she hopes she is only the latest in a long line.

“It’s a great opportunity. The board is now made up of five females so it’s great to have a diverse group, working for the good of Limerick. The wealth of experience and knowledge on the board is very broad and varied. Together, we will ensure that our members are happy as their thoughts will be understood and represented.

Ken Johnson, a managing partner at Pricewaterhouse Coopers in the Mid-West was named the vice president of the Limerick Chamber.