Million euro local land sales in the offing in Limerick 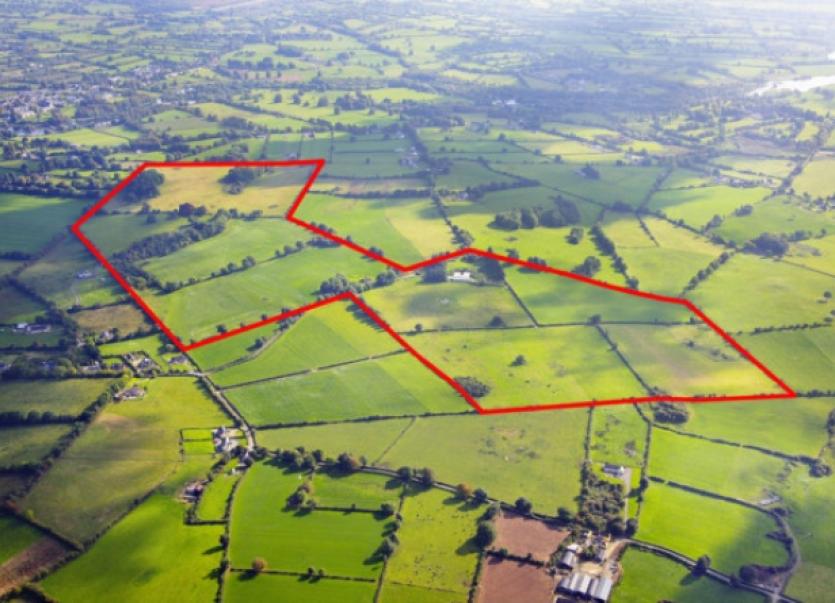 AFTER 72 acres in Staunton, Ballysimon exchanged hands for a reported €750,000 in recent weeks there is sure to be big interest in a number of land auctions and sales across the county.

AFTER 72 acres in Staunton, Ballysimon exchanged hands for a reported €750,000 in recent weeks there is sure to be big interest in a number of land auctions and sales across the county.

The value of land is on an upward curve due to the end of milk quotas in 2015 and this week’s Budget measures to further enhance the process of land consolidation. There could be some fierce bidding wars.

The headline auction is 140 acres at The Deerpark, Doonass, Clonlara - just over the Limerick border - at GVM’s Glentworth Street auction rooms on Friday, November 7 at 3pm. Tom Crosse, of GVM, who was walked the odd bit of land in his time, said: “It is 140 acres of as good a farm of land that you would care to walk in the whole country. It is beautiful lush farmland. It is top quality limestone land and very close as the crow flies to the village of Castleconnell.”

It is rare to get 140 acres in one block so with a new milking parlour it a ready-made dairy farm. GVM are guiding at €1.2m.

GVM have the auction of 60 acres at Derryclough, Ballingarry in their auction rooms on Friday, October 31 at 3pm. Half an hour earlier 15.3 acres at Dromard, Rathkeale will go under the hammer.

The day before - Thursday, October 30 at 3pm - 28 acres at Knockphelagh, Solohead is up for auction.

GVM’s Richard Ryan has 30 acres at Glenquinn, Strand for sale by private treaty

Speaking in general terms, Mr Crosse says there is good trade for land with, “A lot of interest in farmers taking up land on long leases.” Traditionally land came on the market in spring and autumn and while it is now spread throughout the years a number of properties have come to the market in recent times.

Sherry Fitzgerald Walsh and Willie Broderick Auctioneer have 49 acres, including eight of forestry, at Ballyroe Lower, Kilfinane for sale by private treaty. Guide price is €230,000.

John Flynn Auctioneer has a superb 29 acre roadside holding at Ahalinin, Ballingarry and 75 acres at Tullylease, Charleville. Both for sale by private treaty.