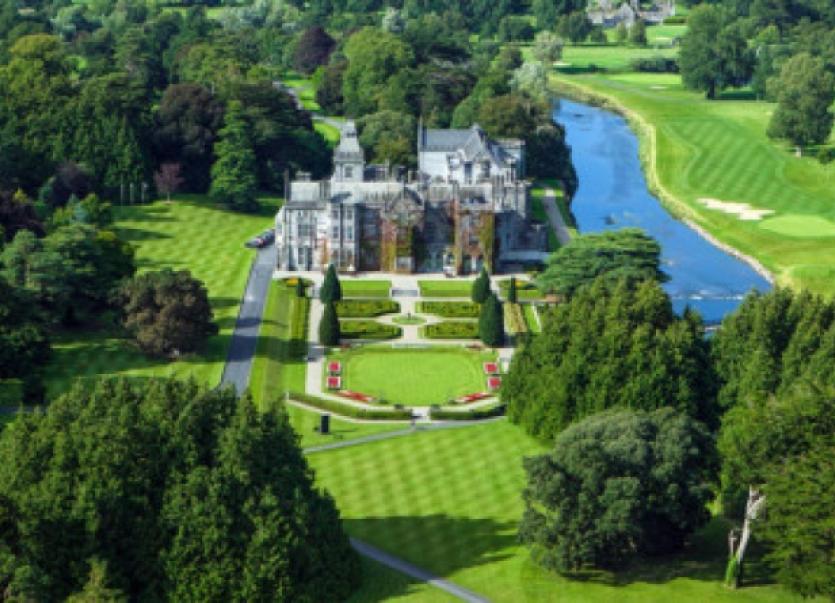 Speculation is mounting as to who will be the new owner of Adare Manor after the deadline for bids from potential buyers passed last Friday.

Speculation is mounting as to who will be the new owner of Adare Manor after the deadline for bids from potential buyers passed last Friday.

Reports over the weekend suggested that a consortium linked to JP McManus was one of the leading bidders.

When contacted this week, a spokesperson for Mr McManus said they had “nothing to say” on the rumours that he was involved.

John Hughes of selling agents CBRE confirmed that they had received a number of bids by 5pm last Friday, which was the deadline for offers. However, he was not in a position to confirm the number of bids or whether a consortium linked to Mr McManus was one of the bidders as was reported in a Sunday newspaper.

“The bids are currently being reviewed,” he said.

The five-star hotel and golf resort was put on the market last month with a price tag of €25m.

Mr McManus has a long-running association with Adare Manor. The resort hosted the JP McManus Pro-Am on two occasions, attracting some of the best golfers in the world, including Tiger Woods, and many celebrities including Hollywood stars Michael Douglas, Samuel L Jackson and Hugh Grant.

US investor Tony Saliba is also understood to be interested in Adare Manor. His firm Tralee Property Management (TPM) recently bought the five-star Lough Erne in Co Fermanagh for a reported €10.5m.

Meanwhile, there was a boost for the hotel this week after it was named as one of Europe’s top ten resorts by the influential Conde Nast Traveler magazine. Reader of the magazine praised the manor’s “fairytale setting” and its world class golf course.

“Surrounded by medieval ruins and castles and hidden by the Maigue River and a barricade of trees, this nineteenth-century neo-Gothic manor is a photographer’s dream,” it said.

The hotel has 62 bedrooms and is set on 766 acres of parkland.