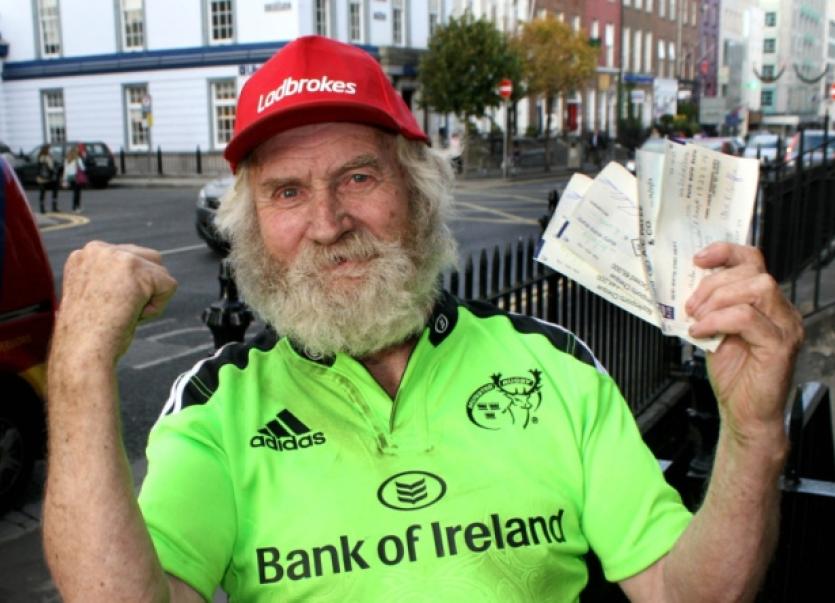 AS the atmosphere builds ahead of tonight’s clash with Saracens one Munster fan and heavy gambler is still savouring the win over Sales.

AS the atmosphere builds ahead of tonight’s clash with Saracens one Munster fan and heavy gambler is still savouring the win over Sales.

Every Munster fan cheered when Ian Keatley slotted home the injury time drop goal but John Anderson’s screams could be heard in the AJ Bell Stadium all the way from Doon.

He staked a total of €6,750 on Munster to beat Sale at odds of 4/9 as well as a €500 double with New Zealand for good luck. Coincidentally the All-Blacks also came back from the dead earlier that day against Australia.

“If Ian Keatley ever comes to Doon the drinks are on me!” smiled John.

“When they were down 23-7 at half-time I couldn’t see them coming back but how wrong I was. I couldn’t believe it when they came back and then Ian Keatley kicked it from so far out. He showed great guts,” said John.

“Munster never leave me down!” said John, who has just lodged €93,642 to the bank after wins including €35,000 on the All Blacks to win the Rugby Championship; Kilkenny to win the Leinster senior hurling final at tasty odds of 2/1; Europe in the Ryder Cup; greyhounds and club hurling.

Let’s hope he backs Munster tonight and his good run of form continues!