United back on Chicago route for extended season 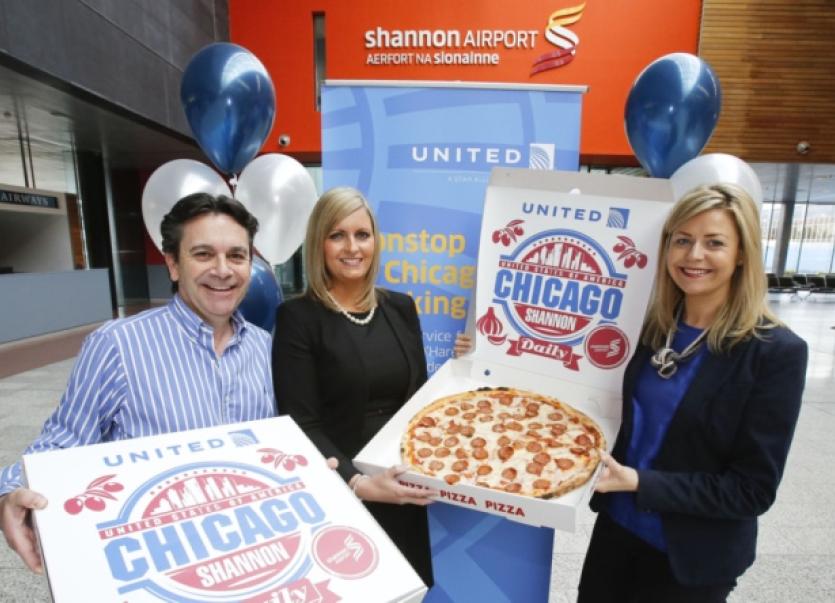 A SUCCESSFUL summer of 2013 has seen United Airlines extend its seasonal services between Shannon and Chicago this year.

A SUCCESSFUL summer of 2013 has seen United Airlines extend its seasonal services between Shannon and Chicago this year.

It is thanks to new services like United’s that Shannon saw an increase of 22% in transatlantic traffic in the latter half of 2013.

And United, the world’s biggest airline, has returned this summer for an extended season from late May to mid-September.

“We’re delighted to reintroduce and extend our summer service between Shannon and Chicago in response to the great customer support we received last year,” said Yvonne Muldoon, United’s sales manager Ireland. “We are pleased to offer more flexibility and choice for our Irish customers not only to Chicago but to over 300 destinations across the Americas.”

The expanded services is a win not only for Shannon but will boost tourism across the region, according to Declan Power, head of aviation development at Shannon Airport.

“The increase of 90 additional flights to and from Chicago this year is a great testament to the success of the route which was launched last year. We are delighted with the continued commitment of United Airlines to growing its services at Shannon and we know that the Chicago route will again be a major contributor to the growing number of US visitors to Ireland. In this regard, we expect many visitors to sample elements of the longest coastal touring route in the world when they arrive at the gateway to the Wild Atlantic Way,” said Mr Power.

The Boeing 757 plying the route carries 170 passengers and departures from Shannon depart at 11am and return at 7.35am.

Customers in Limerick can book by visiting united.com, by calling 1 890 925 252 or contacting a local travel agent.