Ryanair to increase connection to London from Shannon 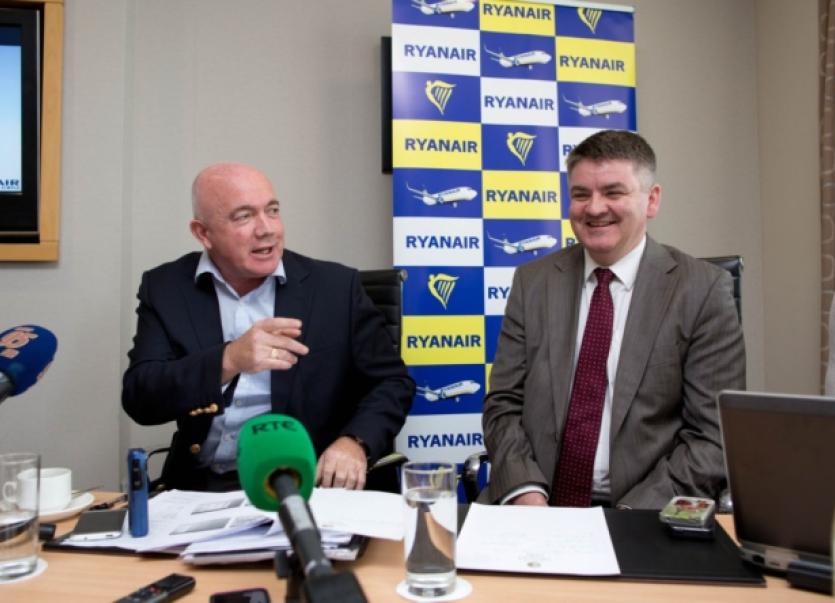 RYANAIR’s chief commercial officer says its capacity at Shannon Airport has grown by a “staggering” 50% in the last year.

RYANAIR’s chief commercial officer says its capacity at Shannon Airport has grown by a “staggering” 50% in the last year.

Speaking at a press conference this Wednesday, where the budget airline announced its winter schedule, David O’Brien said Ryanair – which has operated out of Shannon since 1988 – is on “an upward curve” in the airport, “and we hope to continue that curve”.

There will also be a winter sun route to Fuerteventura in the Canary Islands twice a week. And the airline will also fly twice daily each day to London Stansted, at 6.35 in the morning, and returning at 8.30am.

At a press conference in the Strand Hotel this Wednesday, Mr O’Brien said the airline was “content” with the way the new routes to continental Europe are building so early on.

“You would not expect outstanding load factors from the start. But we see the development of these routes are at least on a par with successful routes out of other airports,” he said.

He also pledged that Ryanair will “work very hard” to “develop our load factors” on the routes.

Mr O’Brien said the airport has reduced the price for the airline in the winter months.

“Shannon’s independence and its initiative sets it apart from Cork.

“The initiatives here in Shannon give us the confidence to develop here. The price is improving in Shannon,” he said.

Mr O’Brien also said he hopes the winter schedule will see an increase of 300,000 new passengers into Shannon.

“It proves Ryanair is looking beyond one season at a time, and taking steps to expand the service in the winter. It means we have something sustainable, something to build on, and we are shortly , in the next few weeks, going to talk about next summer’s schedule,” he said.

Airport chairman Rose Hynes added: “Shannon needs to be sustainable across the entire year and these five new routes are helping us improve the balance across the two seasons.”