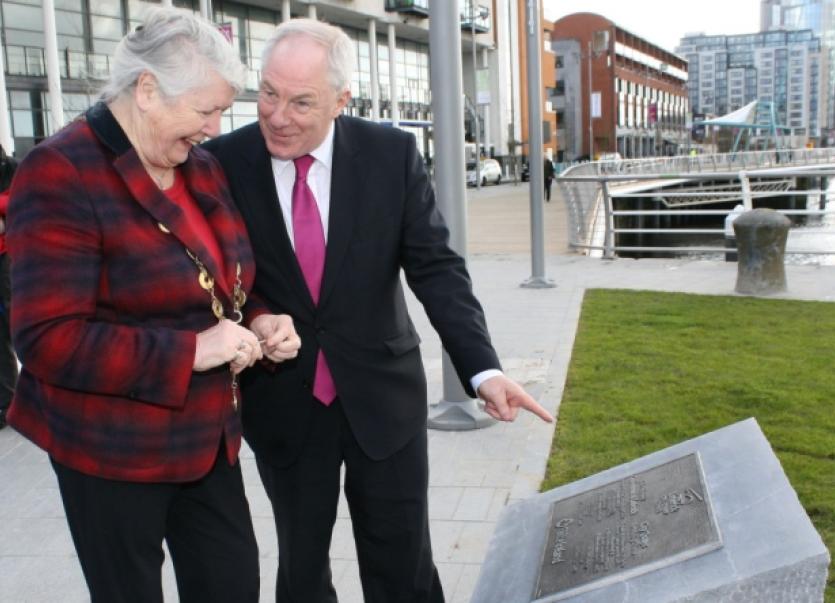 THE sun shone down on Limerick’s riverside yesterday, as the €5m upgrade to the quays was officially opened.

THE sun shone down on Limerick’s riverside yesterday, as the €5m upgrade to the quays was officially opened.

These include 850 square metres of boardwalk, with its deck constructed in tropical hardwood.

A performance stage feature has been built, with distinctive lighting, while there is fresh street lighting, plants and new seating around.

As a result of the project - which was completed thanks mainly to funding from Failte Ireland - Lower Cecil Street, Shannon Street and Lower Mallow Street have also enjoyed upgrades.

Addressing an audience made up of architect Nicholas De Jong, Bishop Brendan Leahy,Cllr Mary Jackman and transport director Paul Crowe among others, Mayor Leddin said the development is a shot in the arm for tourism. “It provides a high quality waterside environment for public use, as well as a unique setting for the ongoing revitalisation of Limerick city centre,” she said.

Mayor Leddin also acknowledged the business community for its patience during the year-long construction period, saying the benefits “will far outweigh the inconvenience”.