University of Limerick students may face levy over €16m projects 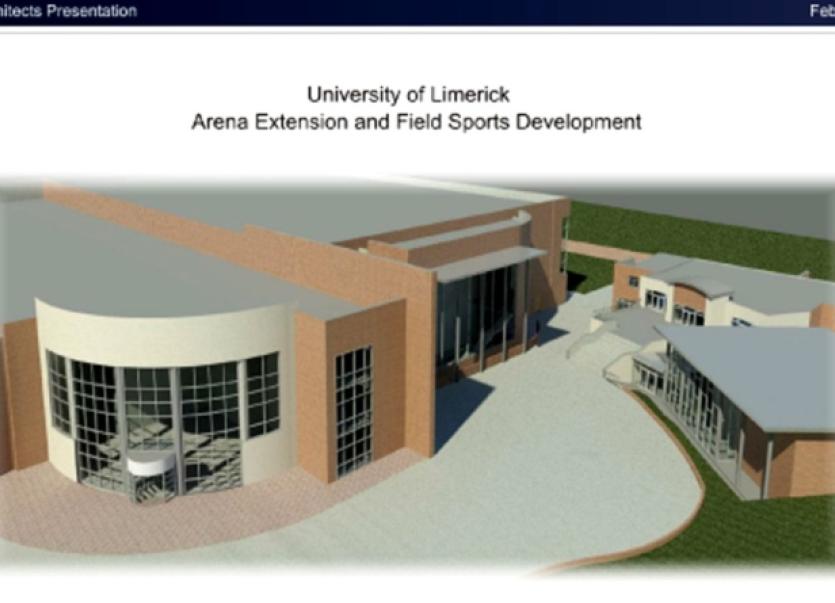 STUDENTS at the University of Limerick will vote in a referendum this Thursday on whether to approve a €67 annual levy for students to fund €16.54m worth of projects on campus.

STUDENTS at the University of Limerick will vote in a referendum this Thursday on whether to approve a €67 annual levy for students to fund €16.54m worth of projects on campus.

Students will cover 66% of the costs of the three main projects, with the balance – some €5.5m – being met by the university through an European Investment Bank loan.

The proposals include a €10.8m extension to the Sports Arena including the construction of a climbing wall, a 25m pool with diving facilities and expansion of studio facilities.

The plans also include a €5.2m upgrade of Maguire’s field to include gravel raft pitches, an all weather pitch, handball alleys and a hurling wall.

As part of the proposals, a needs analysis will be carried out to determining if there is a need for a new students centre, which was originally built through a similar student levy.

Each student will be charged a levy of €67 annually if the vote this Thursday proceeds.

For it to pass, 15% of the student population will have to vote, and of those who do, 66% of voters need to vote yes.

Students’ union president Emma Porter said this is “a fantastic opportunity for UL students to enhance their campus”.

“By voting Yes in this referendum students have the chance to expand and improve their campus, services and facilities. The reaction seems quite positive so far but we won’t be 100% until noon on Friday,” she told the Limerick Leader.

She said the upgrade to the pitches alone would also benefit the wider community as the area will also be floodlit, making it safer for everyone to run or walk in the area at night.

“The extension to the Arena provides greater facilities to the whole student body and increases the access hours for many clubs and facilitates more of them.

She said that the current student centre, which was built from a student levy in the early 1990s, has reached its capacity and is outdated.

“By voting ‘Yes’ students will have the chance to tell a design team exactly what they want and need in a new student centre and be presented with the design in a year or so time; be it more study space, a student kitchen, or safer places to leave their bikes.

“The Drama Society is hoping they will have the chance to look for a reasonable performance hall, which could also accommodate the Debating Union.

“Past students have funded projects that I have benefitted from, and I believe this a chance for current students to provide something which will benefit not only themselves but the future students coming into UL,” she concluded.

Over 60% of students were in favour of the previous proposal in November 2012. As a result of this, the students’ union said that they felt “obliged to conduct a survey on what students who voted no were unhappy with, rather than ignore the majority who were in favour.”

Those views have been incorporated into a new proposal, and have resulted in the replacement of the student centre with a design team for a student centre, estimated to cost €540,000, and a reduction in the annual student levy from €130 to €67.

It is estimated that the student levy could run for 20 years, however with a rising number of students attending UL this period of payback could be reduced.

When the UL Boathouse was built, students were charged a €72 levy, which was due to finish in 2015, but ended at the beginning of the academic term in 2012. Voting will be open from 8am this Thursday until noon on Friday.