Michael Noonan: We have reached ‘the end of the beginning’ 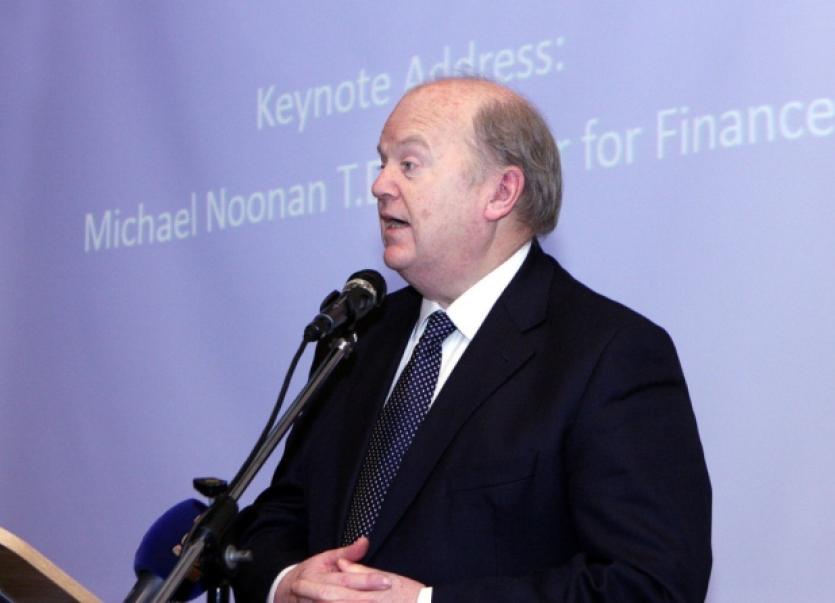 MINISTER for Finance Michael Noonan has expressed the wish that 2014 will be the year in which government bond auctions are no longer front page news and seen as a “routine part of funding the state”.

MINISTER for Finance Michael Noonan has expressed the wish that 2014 will be the year in which government bond auctions are no longer front page news and seen as a “routine part of funding the state”.

Low interest rates achieved by the National Treasury Management Agency in last week’s bond issue showed the government was right to resist calls for a “mini-bailout” on exiting the EU/IMF programme last month.

Minister Noonan was speaking at a fundraising breakfast for the re-election campaign of Sean Kelly MEP and, while upbeat, said Ireland was not yet out of the woods.

Over the course of the bailout programme, 370 individual measures had been implemented on the advice of the troika to “restructure the economy”.

“It wasn’t that the troika wanted us to do a whole lot of fiddly things for the sake of doing them or to show we were politically attuned to some European agenda. The whole purpose was to rebuild our economy from the bottom up and get away from the boom and bust model and put in place the fundamentals of a sustainable economy.”

There had been debate over Christmas about the wisdom of exiting the bailout without the parachute of a second programme.

“My ambition is that as the year goes by - when the NTMA go back into the market raising money - that it won’t even be worthy of a news item in the papers and that it will just become a routine part of our funding the state”.

What he termed soft data on the economy was “very, very good” and with 1,000 net jobs being created per week, he expects the total numbers in employment to surpass the two million mark by the next election.

Demand for those jobs from graduates, returning Irish emigrants and Eastern European immigrants meant there would not be a commensurate decrease in the live register.

“In two years time, we should be over the two million at work mark. It is the numbers in work rather than numbers of unemployed where you get a more realistic grasp of what is happening in the economy,” he said.