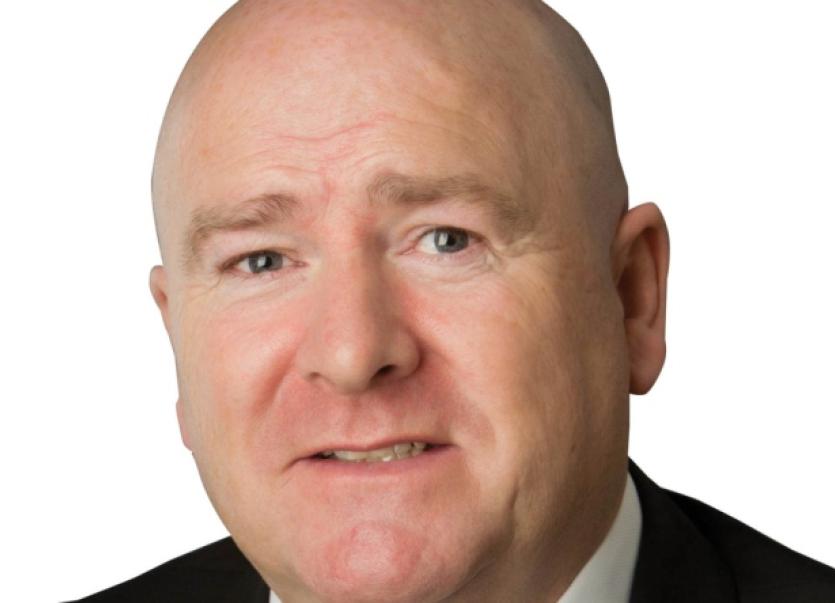 A LIMERICK credit union stung in the collapse of Anglo Irish Bank is actively working on recovering some of a €460,000 investment it has written down ahead of its annual general meeting.

A LIMERICK credit union stung in the collapse of Anglo Irish Bank is actively working on recovering some of a €460,000 investment it has written down ahead of its annual general meeting.

MPCC (Mungret, Patrickswell, Clarina and Crecora) Credit Union has assured its 8,000 members that no savings have been lost as a result of the writedown of the eight-year Anglo/IBRC bond and chairman Tim Ryan said this Wednesday that the institution was in good financial health. The credit union also has strong membership in Raheen and Dooradoyle.

The Limerick Leader understands that at least two other credit unions in Limerick have suffered investment losses arising from the implosion of Anglo. And local election candidate Sean Lynch has urged the government to now “step in and protect” small savers in credit unions, which are unsecured creditors. While the likes of Goldman Sachs and Credit Suisse had got their money back, credit unions are being forced to fight to recover their investment, he said.

MPCC’s ill-starred Anglo investment - taken out when the bank had an AAA rating in 2005 - came to light after the credit union notified members of the writedown ahead of its agm at Ballybrown community centre next Monday night.

News of the investment loss had been “extremely distressing for members and the local community” to hear, said Mr Lynch, a retired garda detective from Patrickswell who is running for Fianna Fail in the local elections “A number of credit unions around the country, including the MPCC credit union, invested approximately €20 million into the former Anglo Irish Bank.

“I have been contacted by numerous members of the MPCC Credit Union who are most concerned at the news that €460,000 of their savings will be written off. In effect, these small investors and bondholders are being burned as part of the special liquidation process. No large bondholders are suffering any losses,” Mr Lynch said this week.

“It is simply not fair that local people in this community, including OAP’s, the unemployed and young savers, should have their savings wiped out in this manner. The government should act to protect these people.”

Mr Lynch said he was aware that MPCC Credit Union was in talks with IRBC special liquidator, Kieran Wallace of KPMG, “in the hope of saving the investment”.

But this did not mean government was prevented from “stepping in here and secure the savings”.

“Under the terms of the legislation to liquidate IRBC, the government can instruct the special liquidator to take a particular course of action including, in this instance, to repay the investment,” said Mr Lynch.

The €460,000 loss on investment included in accounts circulated to MPCC members in recent days exceed expenditure on salaries at the credit union last year.

But management has not given up hope of recovering some or all of the investment, which it is required to write down at this time under accounting rules.

And in a statement issued to the Limerick Leader, Mr Ryan presented a positive picture of the overall health of MPCC Credit Union - which had €19.4 in deposits and investments and €8 million in loans on September 30 last. It emphasises that there is no question of the savings of its members being “wiped out”.

“The Board of MPCC Credit Union Limited only ever discusses the details of its financial affairs with its members when it formally reports to them at their annual general meeting,” the statement begins.

“It is true to say that we have had a long and fruitful relationship with the ‘AAA-rated’ Anglo Irish Bank and in this context had a capital guaranteed investment with them from 2005 which was due to mature in 2013. When Anglo Irish Bank was nationalised and subsequently became IBRC, MPCC Credit Union Limited was aware of this significant change, however we relied on the commentary from Government that the resolution of IBRC would be ‘an orderly wind down over a number of years’ and consequently our investment was not considered at risk.

“It is important to note that a loss on an investment product does not constitute a loss on any individual members’ savings, rather it is a reduction in the capital value of the credit union, which of course is owned by the members.

“The balance sheet of MPCC Credit Union Limited shows that we are in a sound financial position from a capital, solvency and liquidity perspective. This is in no small way due to the active support of our members even in these times of austerity.

“While from an accounting point of view, it is technically necessary to write down the value of any potentially distressed asset at the end of an accounting period, we do not consider that all of the investment is lost.

“We have engaged with the Irish League of Credit Unions, other affected credit unions, the Department of Finance and professionals in the area of insolvency are still attempting to resolve the matter with the special liquidator on our behalf.

“MPCC Credit Union Limited is in existence since 1984 and has approximately 8000 adult members and is in a strong position in our community. This is because we remain committed to the ethos of the credit union movement which is to help people to fund their day to day financial requirements and did not stray into the area of issuing property development loans.”

Meanwhile, management at a second County Limerick credit union understood to have shipped investment losses in Anglo/IRBC did not return phone calls this week.

A third credit union, based in Limerick city, is also understood to be writing down an investment loss.