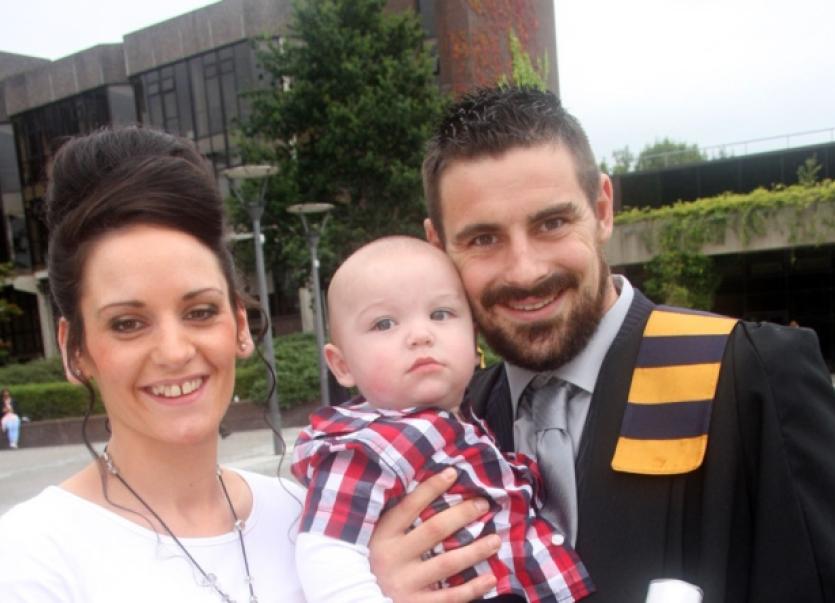 As the Autumn conferrings continue at the University of Limerick, President Professor Don Barry has highlighted the continued demand for UL graduates.

As the Autumn conferrings continue at the University of Limerick, President Professor Don Barry has highlighted the continued demand for UL graduates.

A total of 2,636 students will have been conferred by the end of this week, with 44 in receipt of PHDs.

Speaking during the first day of the conferring ceremonies, Prof Barry said the employment prospects for UL graduates are good.

“Year on year our graduate employment figures are increasing as a reflection of our continually-evolving programmes that offer our talented students the kind of educational and research experiences that will best prepare them for their careers,” he said.

The chancellor of UL, Mr Justice John Murray, congratulated all of those who are being conferred this week.

“I have no doubt that the high standard of education which you have received here at the University of Limerick will equip you well to meet those challenges and to seize the opportunities which the future will present. However, as I have already indicated, today is a staging post, what you have achieved now is a foundation for the future. Foundations are there to be built on. Education and learning is a lifetime process,” he said.

One of those who received a Bachelor of Science in Sports and Exercise Sciences was Paul Harmon from Norwood Park.

The 32-year-old, who married his wife Valerie in June, decided to enrol as a mature student after he lost his job as an electrician due to the economic downturn.

“I always kind of wanted to go to college, it was something I regretted not doing so I took the opportunity, when it arose,” he said.

Another victim of the recession, Barry Gibbons also decided to return to education.

The 26-year-old, who lives in Corbally and who previously worked as a welder was awarded a Certificate in Exercise and Health Fitness.

Barry, whose son Dion, was born in January said it was a challenge.

“It was strange and it was difficult to try and get the head into the studies instead of just coming home and forgetting about it - especially as nobody was going to tell me to study,” he said.