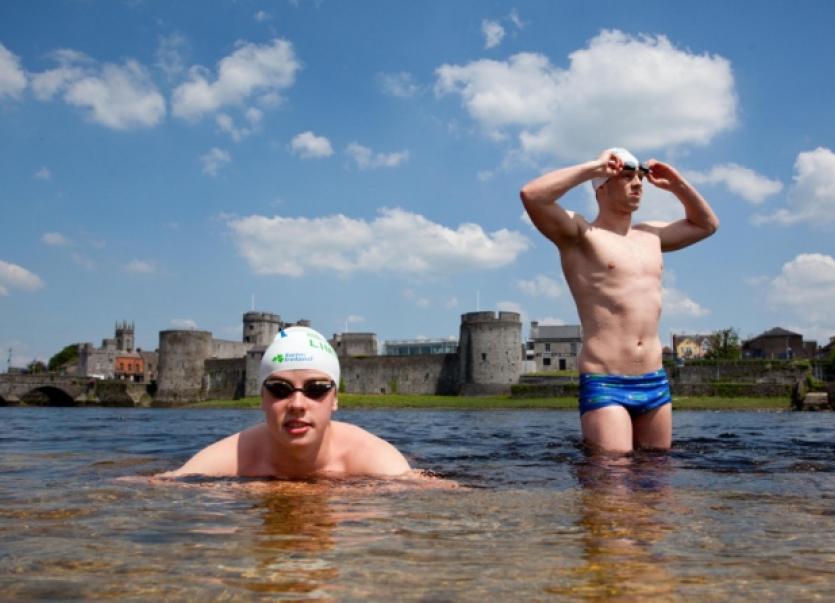 OVER 100 swimmers will take to the waters of the River Shannon for the annual Thomond Swim, which continues to grow in size since it was revived five years ago.

OVER 100 swimmers will take to the waters of the River Shannon for the annual Thomond Swim, which continues to grow in size since it was revived five years ago.

The Limerick Masters Swimming Club is hosting the 1,800m handicapped swim at an earlier date this year, on Saturday July 20 at 4.15pm, having previously been held in September.

It is anticipated that this year’s swim could have a record number of entries, attracting as many as 120 swimmers from across the country.

Among those expected to take part is Irish open water swimmer Chris Bryan, from Shannon, who is in training for the Olympics in Rio de Janeiro in 2016. He was the fastest male last year.

This year the Thomond swim is designated as a qualifying race for the prestigious Liffey and Dún Laoghaire harbour swims, thus creating a greater interest among open water swimmers from the east coast.

Dee Maguire, of the swimming club, said the Shannon has the cleanest water in the country, though it is also often the coldest. “The race is getting bigger and better every year, “ he added.

The competition was revived in 2008, after a gap of 20 years, with some 60 swimmers taking part last year.

The course will remain largely unchanged - starting at the slipway at St Michael’s Rowing Club competitors will swim up river beyond the Curragower falls, towards Thomond Bridge, and pass by King John’s Castle where they will turn and swim back downriver, finishing at St Michael’s.

The race had previously finished on Howley’s quay, but the construction of the boardwalk there will not be completed in time.

The best viewing points for the event will be along O’Callaghan Strand and Clancy Strand on the north side of the river, Sarsfield Bridge and Howley’s quay at the finish. The top competitors generally finish the swim within 20 minutes.

Through the sponsorship of Limerick City Council, swimmers of all ages from 16 upwards will complete for prizes for first, second and third place male and female, and for the fastest overall male and female swimmers.