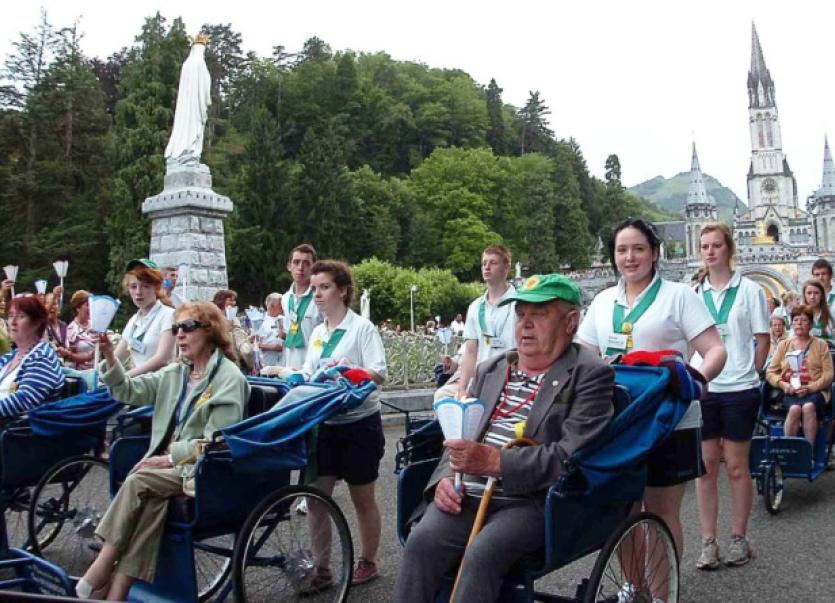 THE Limerick pilgrimage to Lourdes has been cancelled as flooding causes havoc in the area of south west France.

THE Limerick pilgrimage to Lourdes has been cancelled as flooding causes havoc in the area of south west France.

A statement issued this Wednesday afternoon from the Limerick Diocesan office has confirmed that the 500 pilgrims from Limerick that were due to depart this Friday for Lourdes will not now be travelling to the Catholic pilgrimage site.

Canon Donal McNamara, director of the pilgrimage, who is currently in Stansted airport, explained: â€œWe are really disappointed to have to take this decision as we know just how much pilgrims, invalids, volunteers, all of us were looking forward to their time in Lourdes and the enormous work that has gone into to arranging the pilgrimage.â€

â€œHowever, the Lourdes area has been absolutely devastated by what appears to have been unprecedented flooding, which has tragically also claimed the life of one person in the region and led to the evacuation of 200 people.

â€œHotels, including the one the Limerick Diocesan Pilgrimage was booked into, are without electricity today; the Sanctuaries are closed apart from the Upper Basilica Grotto and the clean-up operation will take days.

â€œWith the safety and comfort of our pilgrims and volunteers in mind, as regrettable as it is, we were left with no decision but to cancel the Pilgrimage,â€ he added.

A large group from the diocese of Cashel and Emly, which includes Limerick people from Cappamore, Doon, Caherconlish, Pallasgreen and Murroe-Boher, are currently in Lourdes and were due to fly home this Friday, which now appears unlikely.

Some of the group are staying in hotels that are currently without electricity, while a youth group on the pilgrimage were evacuated from their hotel overnight.

Heavy rain and flash flooding in the area caused the grotto at Lourdes to be closed, as are roads in the area.

Bishop of Limerick Brendan Leahy, who was due to lead the pilgrimage from Limerick, said: â€œOur prayers and thoughts are now with the people of the Lourdes and pilgrims and invalids, including the many Irish who were so looking forward to this trip.â€

Those due to travel this Friday will be given a full refund of monies they have already committed to the pilgrimage.

For more on this story see the weekend editions of the Limerick Leader.