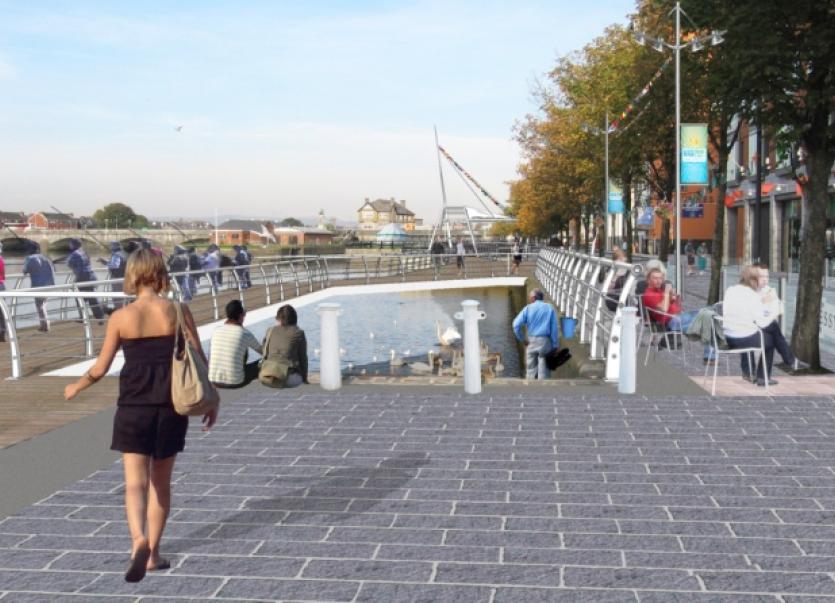 THE €4.8m redevelopment of Howley’s Quay is set to be completed this August, after some nine months of work to improve the riverside walkway.

THE €4.8m redevelopment of Howley’s Quay is set to be completed this August, after some nine months of work to improve the riverside walkway.

Construction work started before Christmas, and Vincent Murray, senior engineer in City Hall, confirmed to the Limerick Leader that the works are now expected to be completed this August, after an earlier deadline was set for July.

The works have been delayed by some weeks, as the boardwalk - larger than that on Clancy’s Strand - will be extended out by some four metres over the River Shannon for the enjoyment of walkers, joggers and runners.

Mr Murray said traders always express concerns when such works are scheduled to take the best part of a year, but publican Peter Clohessy believes the benefits will far outweigh the decline in trade in recent months.

“It is affecting business, but it’s going to be a big improvement when it’s done and should create more business hopefully,” the former Irish rugby star told the Limerick Leader.

The work is being carried out by the Clare company L&M Keating, with up to 30 construction workers on site at any one time.

Mr Murray said the new deadline “might sound hopeful but progress hasn’t been as quick as we’d like due to piling work with the boardwalk”.

However, he said a lot of work is done, including the paving, and it is also running to budget.

Lower Cecil Street is also being upgraded as part of the scheme.

Minister Michael Noonan earlier said of the project: “The works on the banks of the river Shannon are critical to further developing Limerick’s position as a Riverside City and this funding will assist in developing the surrounding city as an attraction for visitors.”

The upgrading includes the installation of boardwalks, the development of a performance area, other street furniture and infrastructure.