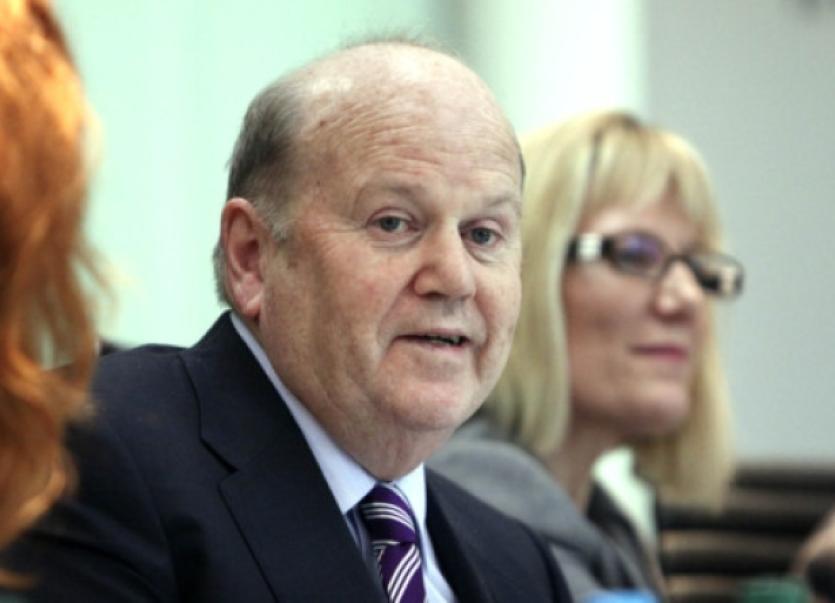 FINANCE Minister Michael Noonan has said it is “regrettable” that his announcement that 400 jobs could come to Limerick never materialised.

FINANCE Minister Michael Noonan has said it is “regrettable” that his announcement that 400 jobs could come to Limerick never materialised.

Mr Noonan told the annual dinner of the Limerick Chamber last November that 400 jobs were “at the final stages of negotiation”.

It later emerged that these 400 jobs would be for a call centre for the new Irish Water utility, a subsidiary of Bord Gais Eireann.

The Kerry-based service provider Fexco had tendered for the massive investment, and they identified Dell’s former manufacturing plant as a location to set-up the call centre.

But in February this year, it emerged that this firm had lost out in the ongoing bidding process, with the call-centre now likely to head to Cork or Dublin.

The news came as a massive blow to Limerick.

Mr Noonan was at Dell this week to discuss a major contribution the computer giant was making to a top level finance meeting this weekend (see page 8 for more).

Ironically, Dell’s solutions centre in Raheen is just yards away from where the jobs were proposed to be.

Speaking to reporters, Mr Noonan said when he made the announcement, he was working “on the basis of information I had at the time”.

He added: “Certain things have changed, and it did not transpire - unfortunately. It is regrettable the jobs did not come. It was a valid announcement at the time. There was no statement put out: it was said during the course of a speech.”

He declined to apologise for making the statement, which some feel could have impacted negatively on Limerick.

Mr Noonan expressed his confidence that “other things will work out”.

Mr Noonan is to chair a meeting of European finance ministers this Friday in Dublin Castle.

The software at the meeting has been partly developed at Dell’s centre in Raheen, which employs more than 1,000 people.

With 27 finance ministers, central bank governors, the IMF and other officials descending on Dublin from the continent, the former Trade Minister said he will use the opportunity to promote the ability of Limerick workers to visitors from overseas.

“I want to show internationally that Limerick has the capacity to develop such products. I hope people take notice of that and consider Limerick as a destination for future foreign direct investment in that area,” Mr Noonan said.