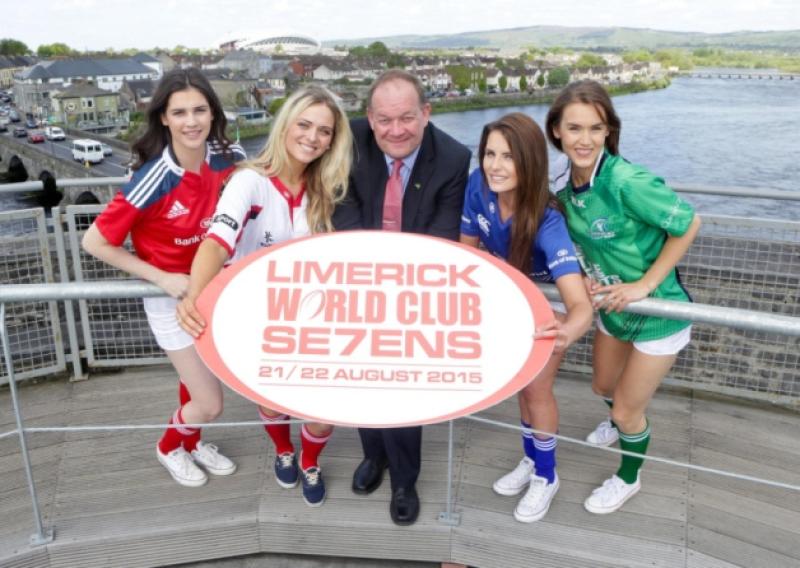 LIMERICK Marketing Company has strongly defended the merits of the World Club Sevens tournament which took place in Thomond Park last weekend – despite a paltry turnout for the two-day event.

LIMERICK Marketing Company has strongly defended the merits of the World Club Sevens tournament which took place in Thomond Park last weekend – despite a paltry turnout for the two-day event.

One of the organisers has however admitted to being “disappointed” at the attendance figures, which she estimated at around 4,500 over the two days. The Limerick Leader believes that figure to have been significantly lower – with the turnout in the hundreds on the Friday.

The tournament is organised by a private company and backed with a substantial investment from Limerick Marketing Company – the local authority’s marketing arm. A five-year agreement to run it in the city was signed last year.

Bridget Ryan, who works for Limerick World Club Sevens Ltd, told the Limerick Leader that the budget was such that “you are not getting any change out of maybe €300,000 or €400,000 to run an event like this”.

Limerick Marketing Company is believed to be underwriting upwards of €150,000 of that figure per year, a figure that represents half of the overall annual budget of the council offshoot.

In a statement, it declined to outline the financial arrangements contained in the contract, which it said were “commercially sensitive” and said it regarded the “financial support for this type of international legacy event as an investment rather than sponsorship”.

It said that its “ability to negotiate and secure other sporting or cultural events would similarly be impaired if it became public, given that other event organisers would use this level of support, which in this case is variable annually by negotiation, as a benchmark”.

“The support of Limerick Marketing contributes to the overall event, subject to the proviso that the bulk of the support goes towards the local, national and international promotion of the event in the media,” it added.

Some marketing services for the event were provided by Sportsbeat, a London-based ‘sports, news and consultancy’ company, while a draw for the tournament took place in Dublin and advertising was directed primarily at national media. Twelve teams in total took part in the Limerick World Club Sevens, the second year that Thomond Park has hosted the tournament, which was also beset by a low turnout last year.

Ms Ryan said she could not “say yes or no” if the event would return in 2016.

“We have to look at that. It won’t be through lack of facility – we just have to review it, but it is still looking good, because of the feedback that is coming back from the teams that were involved and the clubs.

“From our point of view were just a tad disappointed that we didn’t get that local crowd to come out and go, ‘let’s get behind it’, because at the end of the day this was an international event that is putting Limerick on the map for other reasons,” she added.

The marketing company, which is staffed by ex-Shannon Development employees Eoghan Prendergast and Aoife O’Shaughnessy, said that the “contractual arrangement, in line with normal commercial practice, includes an annual post event review, after which either party can chose to terminate their involvement. We do not expect this to be exercised this early into the project as it grows.

“The deal struck with Limerick World Sevens Ltd allows Limerick Marketing, once specific attendance milestones are hit in a given year, to recover some or all of our investment in that year, and if exceeded, to return a profit on the investment to us.”

The statement outlined that both the Marketing Company and Limerick City and County Council believed the investment in the event was “an appropriate use of taxpayers’ money”.

It said the Club 7s was an “annual legacy event which brings visitors to Limerick, building on Limerick’s renowned international sporting reputation”.

The concept for a sevens tournament in Limerick was brought to conception in 2014 by Mr Prendergast and former Irish rugby player Phil Danaher, with the assistance last year of Tim Magee of Host and Company.

However, there was a change in the background organisation this year, with the company Limerick World Club 7s registered in September 2014 with the Companies Registration Office. The owner is listed as John Reid Baker, from Dublin, who was also formerly a director of the private company, World Club Sevens Ltd, which was “formed to run and promote the World Club Sevens Series in a number of international locations over the coming years”.

There was controversy before last year’s event when it emerged that €70,000 from regeneration funds had been given over to the running of the event to that company.

Mr Baker stepped down as a director of World Club Sevens Ltd in March of this year and Anthony Walsh and Michael Hogan remain as directors.

A council source questioned the diversion of “a large chunk of the year’s marketing budget to a rugby tournament” that largely failed to make an impact and noted that none of the marketing for the sevens tournament was actually done by Limerick Marketing Company itself.

The Limerick Leader understands that a recent meeting, held in the Hunt Museum and attended by many senior stakeholders in local industry – including Denis Brosnan, John Moran and key members of Shannon Airport and LIT – met to discuss the future of the company and that it is likely to be “seriously reassessed” in the near future by the council.