Starbucks all set to open at Limerick’s Colbert Station 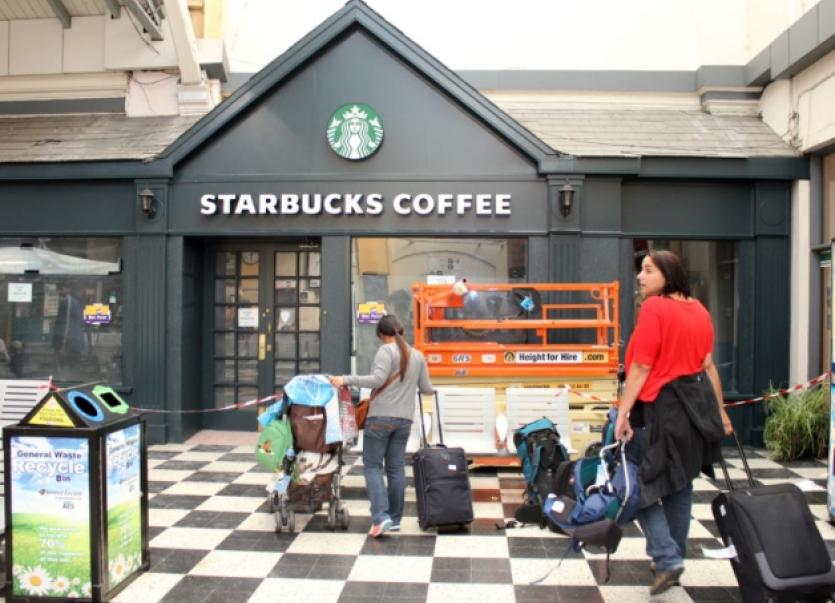 THE first branch of giant coffee chain Starbucks to open in Limerick city centre is expected to start service next week.

THE first branch of giant coffee chain Starbucks to open in Limerick city centre is expected to start service next week.

The former Platform Five cafe in the railway station has been converted into a branch of the Seattle-based coffee corporation.

The signage outside the unit has been put in place in recent weeks, while the interiors have been changed to reflect the company’s branding.

Staff are currently being trained, and the Limerick Leader understands that the coffee shop will open some time next week.

Another Starbucks is set to open at the Thomas Street Centre in the coming months, anchoring the retail unit soon to be home to Uber, while Limerick City and County Council recently granted planning permission for Smiles Dental to move into a unit in the centre.

The upper floors of the glass fronted building will be home to the mobile taxi application company Uber, which is creating 300 jobs in the city and has already started recruiting, using the former Anglo Irish offices on Henry Street as a temporary base.

Starbucks Coffee has signed up to a unit on the ground floor. It will be joined by Smiles, which will open its first outlet in the Mid-West region.

The firm applied to the planning authority to change the use of a shop unit to include four dental surgery rooms, an equipment room, a waiting area, a staff canteen and toilets, plus signage.

Smiles will also take over the part of the first floor of the building directly above where it opens.