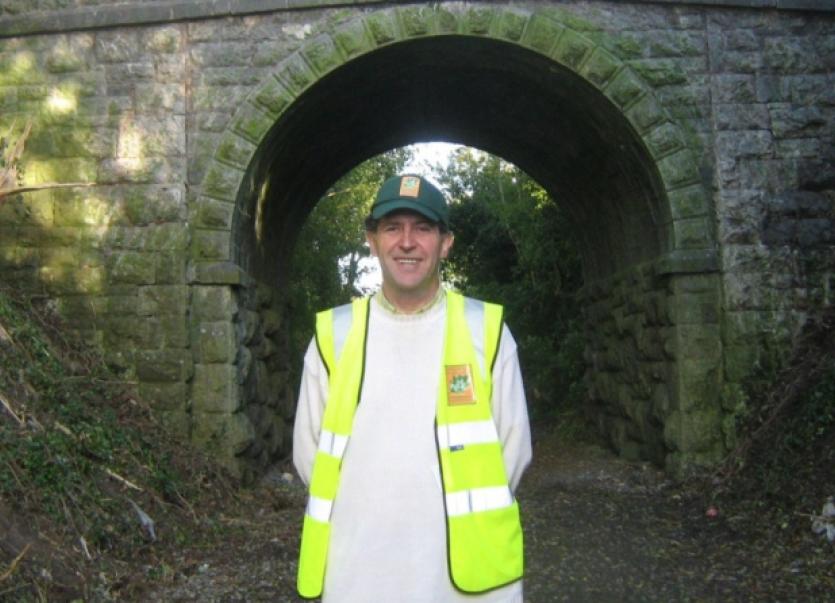 THE future of the Great Southern Trail lies in limbo this week as the voluntary group, which developed and managed the 40km walking and cycling trail from Rathkeale to Abbeyfeale, has decided to call it a day after 25 years.

THE future of the Great Southern Trail lies in limbo this week as the voluntary group, which developed and managed the 40km walking and cycling trail from Rathkeale to Abbeyfeale, has decided to call it a day after 25 years.

But up to this Wednesday, the group had received no response whatsoever from Limerick City and County Council despite warning them of their decision last June. The group will cease managing the trail from November and wants the council to take over then.

“The Great Southern Trail is the only greenway in Europe which is currently managed by a voluntary group,” Liam O’Mahony, chairman of the Great Southern Trail Ltd, told the Limerick Leader. The group wrote to Conn Murray, chief executive of Limerick City and County Council, in June saying they would stop managing the trail on November 8 and their licence with CIE would cease from that date. They also wrote to CIE but have not received any response or acknowledgement from either body.

Mr O’Mahony said he was perplexed at the lack of response from the council. “I would be angry if I hadn’t been so long in the game,” he said,

However, a senior official of Limerick City and County Council told the Limerick Leader this Wednesday they would be open to discussing with the group about the best way to manage and promote the trail in the future and would organise to meet them. The trail, she said, was a key piece of the county’s tourism infrastructure and the council had helped finance its development.

The Mayor of Limerick City and County, Cllr Liam Galvin paid tribute to the group for their tremendous work over the years saying the trail had enhanced every town and village it passed through. “It is a fantastic facility that should be kept and I hope will be kep and if the council is to take it over they will have to treat it as a priority and one of their flagship tourism projects in Co Limerick”.

Explaining the decision of the GST directors, Mr O’Mahony said that while there was considerable pride at what had been achieved, it had placed a heavy burden on the group.

“We pay the yearly licence to CIE. We pay for insurance,” Mr O’Mahony said. “And when it comes to routine maintenance, such as hedge-cutting, looking after and replacing fences and gates, we don’t have the resources or the personnel. We are depending on rural social schemes or CE schemes. We don’t have the equipment needed for some jobs such as clearing drains.

To guarantee the future of the Great Southern Trail, Limerick City and County Council needs to step in, Mr O’Mahony said. “That would be the logical thing,” he said. In recent years all newly developed comparable Greenways have been managed by the respective local authorities, Mr O’Mahony continued.

His group had led the development of the 40km trail for a fraction of the cost of other greenways he pointed out but could no longer take responsibility for it. “We started off an advocacy group but it became bigger and and bigger,” he said.

A combination of voluntary labour, community and rural employment schemes coupled with fund-raising, council contributions and Governmentgrants had transformed the old railway line into a trail over the years, he explained.

However, he added, they were prepared to be part of a new management body,