Limerick will become ‘most advanced city’ in Ireland: Brosnan 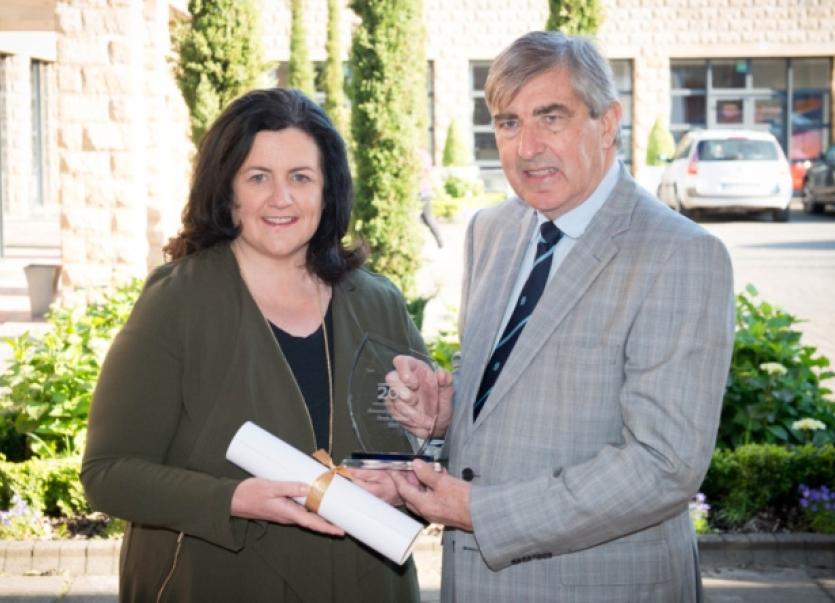 FUTURE developments in Limerick will mean there will be no city as “advanced” in Ireland or Britain in years to come, an influential businessman has claimed.

FUTURE developments in Limerick will mean there will be no city as “advanced” in Ireland or Britain in years to come, an influential businessman has claimed.

Former Kerry Group chief executive Denis Brosnan, who has chaired various committees aimed at turning Limerick’s economy around, has indicated his work is coming to a close.

But he believes the best is still yet to come in Limerick.

His comments are significant, as it is Mr Brosnan who chairs the Limerick Economic Forum, a high-level business group designed to advise the council on how to drive the local economy.

And addressing the Limerick Chamber recently, he encouraged local business people and decision makers to keep their “shoulders to the wheel in changing Limerick”.

Already, thousands of IDA-backed jobs have been created, and the early stages of the Limerick 2030 plan are beginning to take shape, with seven companies already interested in being a part of the biggest redevelopment project outside of Dublin at the Opera Centre.

But Mr Brosnan said: “What has been created is nothing compared to what is going to happen. Remember, in the next three-to-four years we will have a huge development in the Opera site, we will have a huge and significant development at the Cleeve’s site. This is an eight-acre site we are all still wondering what to do with. But we do know it is the most strategic site in Limerick.”

Plans, he said, are being made to have this former factory at O’Callaghan Strand converted for use as a convention centre “to bring back a whole lot of tourists to the area”.

Mr Brosnan also said he anticipates that an quarter will emerge in the city centre, giving much needed ‘clean office’ space.

“We know the Hanging Gardens is just the start of an office development of 100,000 square feet. But don’t forget that between this and the river, there are a whole lot of dilapidated buildings, and this will become an office quarter.”

Mr Brosnan was first called upon to offer his expertise in the wake of the 1,900 job losses at Dell in January 2009.

Back then, he said Limerick was “a dump” and a “city of crime”. Over the last six years, he has played a huge role in the regeneration of the city.

Between 2009 and now, the agencies serving Limerick have been vastly reduced, with the most notable abolitions being Shannon Development and the merger of Limerick’s two main local authorities.

“I think I insulted every single agency in Ireland at the time when I said from what I could see, agencies spent their time going to one-another’s meetings, and there were more people in agencies in Limerick then new jobs created during the boom years of 2001 to 2008,” he said.

It was the presence of Shannon Development in particular, which Mr Brosnan felt was hampering job creation in Limerick.

But since this organisation was wound up, thousands of new IDA-backed jobs have been created locally.

“We asked government to get the IDA back on the job of selling Limerick. The cause of that problem was because Shannon Development existed, the IDA kept away. But Shannon Development was neutered – it could not do its job – because it did not have a budget to do so,” Mr Brosnan of Croom said.

Back in 2009, he said the Mid-West Jobs Task Force was put under pressure by government to bring jobs back to the region in short order.

“Very quickly, I reported back to [former Enterprise Minister] Mary Coughlan that unless the foundations were put right in Limerick, all we would see is continual job losses and continued stagnation. We were more-or-less told to ‘hurry up and start creating jobs’. We said we cannot do this, the structures are all wrong,” he said.

Mr Brosnan persuaded the government to make the council “the key driver of economic development in the region.”

To this end, an economic directorate was set up, headed firstly by Tom Enright – now boss at Wexford County Council, and then former Shannon Development executive Dr Pat Daly.

However, Mr Brosnan also persuaded council chief executive Conn Murray to allow him to set up a special forum – which he chairs – to “keep hounding and pressing” the economic directorate. The group, which is non-political, includes the likes of former Chamber president Prof Fergal Barry, John Herlihy of Google, John Moran, former secretary general at the Department of Finance, and Loretta Brennan-Glucksman, who chairs the UL Foundation. Flying in from the USA, she missed just one meeting, he says.

As the city commences its renewal, one thing Mr Brosnan called for is patience.

“What I have said all the time is that we are building a city for the next 100 years. It is more important to put the right projects in, the right buildings in, and do it slowly, rather than have it wrong for the years ahead. It must be a co-ordinated plan, done right, rather than done quickly.”

But he did insist the best really is yet to come. With that, Mr Brosnan told the meeting of the Limerick Chamber: “I see my work as coming to an end.”