Massive boost for housing in Limerick 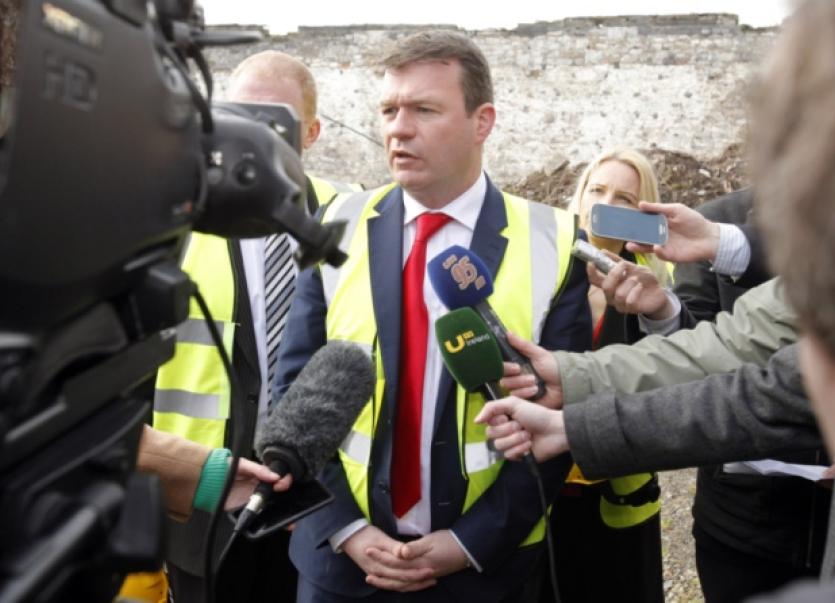 It is anticipated that 753 housing units will be built or retrofitted across the city and county in a move which will reduce Limerick’s housing waiting list by 27%.

At present, there are more than 4,315 people waiting to be housed, the majority in the city.

The works, which will take place between now and 2017, will be separate to the regeneration housing process already under way in the city.

Mr Kelly made the announcement this Wednesday - part of a massive €1.3bn boost for the housing sector nationally - at the former Tait Clothing Factory in Edward Street, which is earmarked for a social housing development.

Mr Kelly said: “This is a hugely positive announcement, and something the government is completely committed to.”

Although the details of the building projects have yet to be finalised, 293 units will be acquired through leasing and buying, with the balance of 460 coming from new build. An exhaustive list of projects is not yet available, but a spokesperson for the Minister confirmed development will take place in Deerpark, Adare, Patrickswell and Glenview Avenue in Hospital.

Asked on jobs in Limerick, Mr Kelly said: “I would expect in excess of 400 sustainable jobs in the next few years here. The key thing is this: these are local people doing these jobs. They will be working in many parts of Limerick, and there will be work for many builders and contractors. Limerick is doing very well.”

The Labour minister said he hopes to see many youngsters return to these shoes from Canada, and Australia to take part in this building programme.

Mr Kelly said there will be special focus placed on vacant properties, as these can be turned around quicker than new-builds.