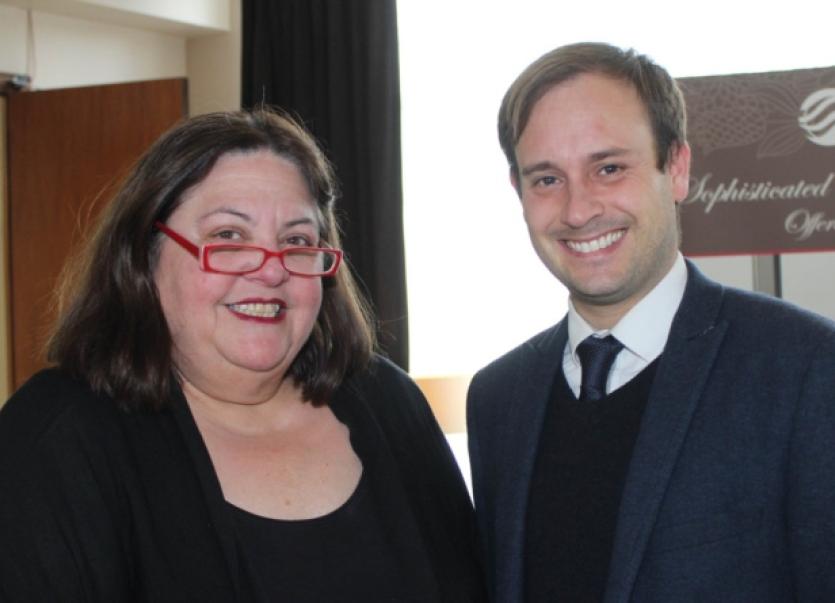 AN international conference on cyber-bullying is to put the young people of Limerick and Clare at the centre of efforts to improve online security and inform policy for social networks, legislators, the gardai, media, mental health professionals and others.

AN international conference on cyber-bullying is to put the young people of Limerick and Clare at the centre of efforts to improve online security and inform policy for social networks, legislators, the gardai, media, mental health professionals and others.

Some 300 children from the Mid-West aged from 10 to 14 are being invited to the Stop Cyber-Bullying Youth Summit in Limerick on May 7. The event is being brought here by US charity WiredSafety and its founder Parry Aftab partly in tribute to the late Phoebe Prince, the County Clare teenager and former Villiers student whose suicide in the USA in 2010 followed a vicious campaign of bullying from fellow high school students both on and offline.

Ms Aftab, an American lawyer, has been recognised by everyone from the White House to the United Nations as one of the world’s leading experts on online safety, particularly as it relates to children.

She explained that following the death of Phoebe Prince in South Hadley, Massachusetts, a number of people in Ireland had asked her for help and advice.

“I had promised Phoebe’s aunt Eileen Moore, to whom she was very close, that we would come to Ireland and honour her [Phoebe]but her husband sadly told me that she [Eileen] had died before we got here. So it is really for Phoebe and her aunt that we are dedicating this event because she was that trusted adult who you always hope someone will have but which still wasn’t enough for Phoebe,” said Ms Aftab.

Shannon-based Senator Tony Mulcahy was another who got in touch with Ms Aftab in the wake of Phoebe’s death and was among those in Ireland who was “very puzzled as to why criminal charges weren’t being brought. I said I would go over and do an event and explain it to everyone”.

Ms Aftab said the state prosecutor was genuine in trying to come up with innovative ways to put the bullies on trial “but ultimately the kids involved were very wealthy; their families were very powerful and that changes what happens too often”.

Phoebe Prince’s case was high profile, both in Ireland and in the USA. And while Ms Aftab believes the internet is ultimately a force for good in the world, she says cyber-bullying can do untold damage to young minds.

“The internet is neutral. It just depends what you do with it,” she said.

“You need only read Lord of the Flies”, she added, to see that children have always had the capacity to be cruel towards one another.

But she scoffs at the suggestion that cyber-bullying is only the online manifestation of behaviour that might otherwise take place in the schoolyard. Technology, she said, allowed kids who would never misbehave in the real world to become bullies online and had added an entirely new layer of stress and anxiety on young people today.

“We say 50% is the same kids doing it but just doing it online. The power-hungry kids who say ‘I am tough. I am the thug who is going to beat you up and I can do the same thing online’.”

“But you also get the kids who are victimised offline anonymously becoming bullies online. Some people call that revenge of the nerds. They pretend to be tough. They are going to beat you up, kill your dog or do something else. They are going to destroy your reputation, they have a picture of you doing whatever. And they might be these cute, cherubic kids who are bullied by somebody else. We have no idea that our kids might be these Dr Jekyll and Mr Hydes,” she said.

“We also have people who will step up like Robin Hood, or vengeful angels. They will see something going on around them. They wouldn’t step in in real life because they might be beaten up but they will do it online. Often they are gamers, hackers, generally boys with really good skills. They will step in and take on people online for what they are doing offline.”

“The National Institute of Health has done a number of studies and they have determined that the rate of depression and self-harm is much, much higher in cyber-bullying than it is in schoolyard bullying. You never know whether it is your best friend or your worst enemy. It never stops. Whenever you think it is safe, it will rear its ugly head. You can move schools, change towns or even country and they are still going to find you on Instagram or wherever.”

Parents who claim not to have the skills to understand online bullying are simply copping out, according to Ms Aftab.

“I just want to slap parents sometimes for abdicating parenting because the kids are digital natives and understand more about technology. You don’t have to know everything. Just use that filter, the one between your ears. Just disconnect them and give them a rake to clean the garden,” she said.

Given her work and her profile, Ms Aftab herself has become a target for the hackers and the cyber-bullies. In 2011, a SWAT team broke into her home in New Jersey after an anonymous hoax call that there had been a multiple murder at the address. Ms Aftab was on holiday but the cat got tear-gassed.

She said she didn’t let such things get her down because she is dedicated to work that involves shutting down child pornographers and paedophiles.

As a Wall Street lawyer specialising in hostile takeovers, she used to command huge fees but she left all that behind after somebody sent her images of child pornography in the hope that as a lawyer, she could help put the perpetrators behind bars.

She founded WiredSafety.org, which today has 16,000 volunteers in 76 countries.

“The image of child pornography sears itself into your brain and it never leaves you. It changes you and you can’t stop. I am 64 years old now. Now I don’t practice any more and the money I do earn is ploughed back into the charity so I can go on doing this. But it is very rewarding, To save one child’s life, to empower another. That is pretty incredible.”

WiredSafety is bringing the summit to Limerick – at a venue yet to be decided – after Nigel Dugdale of Limerick Marketing Company got in touch on Twitter.

And the more Ms Aftab learned about local organisations and initiatives such as Lisa’s Light and Pay It Forward, she knew she had to bring the summit to Shannonside, the first time the event has been held outside of North America.

Participants and sponsors include not only companies like Google, Facebook and ask.fm but also specialists from Interpol and those whose lives have been turned upside down by cyber-bullying.

Ms Aftab this week appealed for volunteers from third level organisations and community groups in Limerick to get involved by checking out the website on cyberbullyingsummit.com