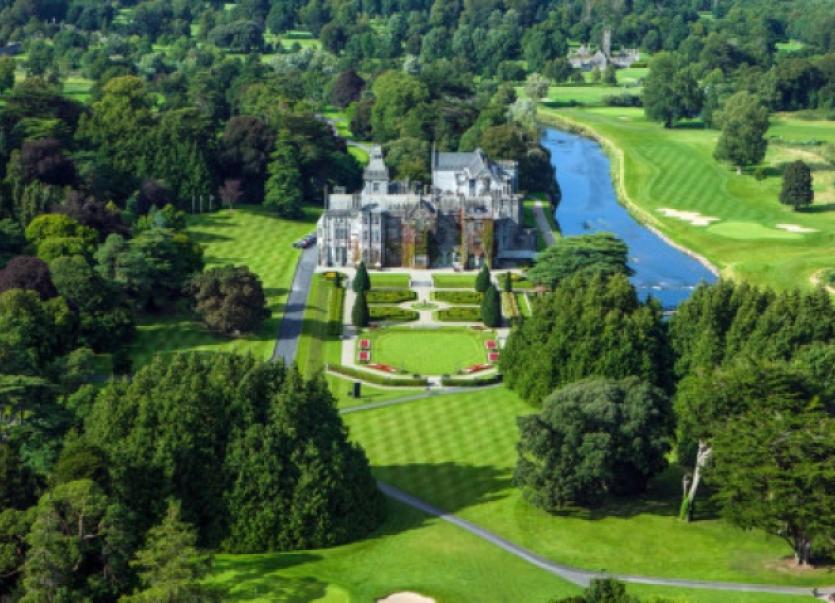 Adare Manor has picked up another accolade after being named one of Ireland’s top 10 hotels by a prestigious travel website.

Adare Manor has picked up another accolade after being named one of Ireland’s top 10 hotels by a prestigious travel website.

Tripadvisor put the five-star Adare hotel at number six in its list of Ireland’s best places to stay in its Traveller’s Choice Awards.

Some 950 reviewers on the popular site rated this stay in the Manor as ‘excellent’, with just 28 describing it as ‘poor’.

One recent visitor from Pennsylvania in the United States described the hotel as an “exceptional place”.

“I cannot say enough about the accommodations and the service from all of the staff,” she said.

A New York visitor commented: “We had the most wonderful stay at the Adare Manor Hotel and Golf resort. The villa was spotless and the staff couldn’t have been more amenable. The restaurants were excellent and High Tea in the Oak room was just delicious.”

Another visitor, from Melbourne, Australia recommended that people put the hotel on their ‘must visit’ list.

“The experience is worth the cost, it is hard to find accommodation, service and food that improves on this one. Staff bend over backwards to make your experience really memorable,” she said.

A reviewer from Tucson, Arizona described the hotel as “world class”.

“Adare Manor is absolutely gorgeous, the service is impeccable, the food is delicious and the grounds are worth walking around. In addition, there’s great shopping and restaurants within walking distance,” she said.

Top spot on the Tripadvisor list of Ireland’s best hotels this year went to Harvey’s Point in Donegal.

The only other local hotel in the top 20 was Dromoland Castle, which came in at number 18.

This is the latest in a long list of accolades for Adare Manor. In 2012, the hotel was named the world’s leading boutique golf resort at the World Travel Awards. Its golf course was also voted number one parkland course in Ireland by Golf Digest Ireland Magazine for seven years running.