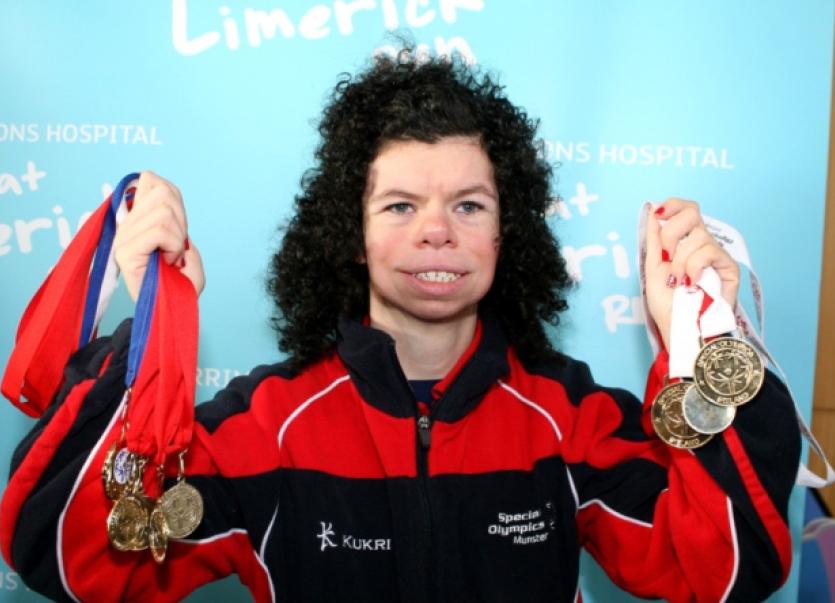 “IT was my big dream to go off to America,” said athlete Ashleigh O’Hagan.

“IT was my big dream to go off to America,” said athlete Ashleigh O’Hagan.

This July, Ashleigh’s long-held dream will come true, as she will be the only Limerick athlete competing in the world games of the Special Olympics in Los Angeles.

Now lving in O’Brien’s Bridge, Ashleigh’s dream began when she was 12, and now 21, she, her older sister Erin, and parents Brian and Philomena, are looking forward to seeing her competing on the world stage after years of preparation.

Ashleigh’s speciality is rhythm gynmastics, and she has been in training in her field for the past 10 years with Lisnagry, where she undertakes rehabilitation training, including learning to live independently.

“What can we say, she’s a warrior,” her mum Philomena, told the Limerick Leader.

“She has worked very hard, and it has been a long struggle to get this far. She’s a tremendously diligent athlete. She is just delighted now to be going and will certainly do Limerick proud.”

Ashleigh, who had to be fed through a tube for many years, has a genetic condition known as Williams syndrome, which affects one in 20,000 people, and can be include symptoms such cardiovascular disease, developmental delays, and learning disabilities.

As far as her mother is aware, only 85 people in Ireland have the condition, though she believes it is now becoming more easily diagnosed.

Children with Williams syndrome tend to be social, friendly and endearing, and Ashleigh certainly endeared herself to the audience at the launch of the Barrington’s Hospital Great Limerick Run this week.

Race director John Cleary jokingly warned her that there may be weight restrictions attached to the number of medals she can bring back. “I’ll take another suitcase,” was her quick reply.

Ashleigh and her parents have been going on pilgrimage to Lourdes for 20 years.

Her mum Philomena said they are now going there “to give thanks” for all she has achieved.

Team Ireland will include 88 Irish athletes, with some 13 from the Mid-West, 40 members of the management team, coaches and nearly 200 Irish volunteers.