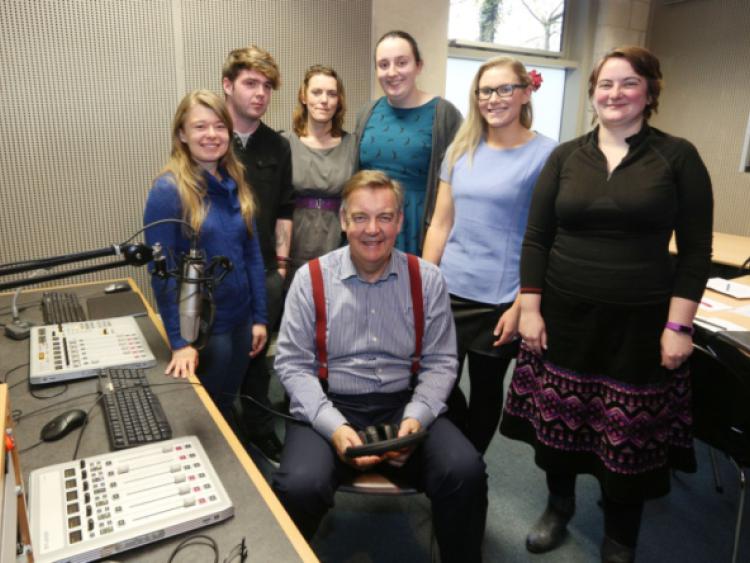 RTE presenter Bryan Dobson has questioned whether his job as a news-reader and interviewer will still exist in five years’ time due to the ever changing nature of the news industry.

RTE presenter Bryan Dobson has questioned whether his job as a news-reader and interviewer will still exist in five years’ time due to the ever changing nature of the news industry.

Speaking on his first day of master classes as adjunct professor in public service broadcasting at the University of Limerick, he said there will always be a demand for news, but the platform on which it is delivered is evolving rapidly.

“It is not so much the nature of the change that has taken me by surprise it’s the speed of it. The speed at which, newspapers in particular, are migrating their activities online, and I can only see that accelerating.”

“I do wonder whether the particular job I do, sitting down and reading the news every night whether it will exist in ten, 15 or 20 years’ time. And then when I say that I think maybe it could be five years when it could be gone, because people will just find news in different ways. I think you just have to accept that. Nothing goes on forever.”

The main anchor of the flagship Six One News programme on RTÉ One television, took up the honorary unpaid position in UL earlier this year, joining former editor of The Irish Times, Geraldine Kennedy, and Sunday Times columnist Justine McCarthy, who are also adjunct professors of journalism at UL.

Over his three year contract Bryan Dobson will conduct expert lectures in public service broadcast policy, and master classes in broadcast journalism with UL’s journalism and new media students. During a discussion with students on broadcast interviewing techniques, the RTE news anchor, stressed the importance of impartiality, fairness and balance. When asked about the media’s role in covering the current anti-water charge protests across the country, he emphasised the responsibility on journalists to provide “accurate, reliable and trustworthy accounts of what actually happens”.

“RTE has a legal requirement to be fair and balanced and if we fail on that we can be taken to the Broadcasting Commission. We take this very seriously, particularly when you are in a contested period like this.”

UL president Don Barry said students were enthralled after the master class sessions with Mr Dobson. “It is great to have someone of Bryan Dobson’s profile and experience sharing significant journalism knowledge with our students. Our journalism programme was designed with significant input of local and national journalists – all of the teachers and lecturers on the programme have worked for many years as journalists.”