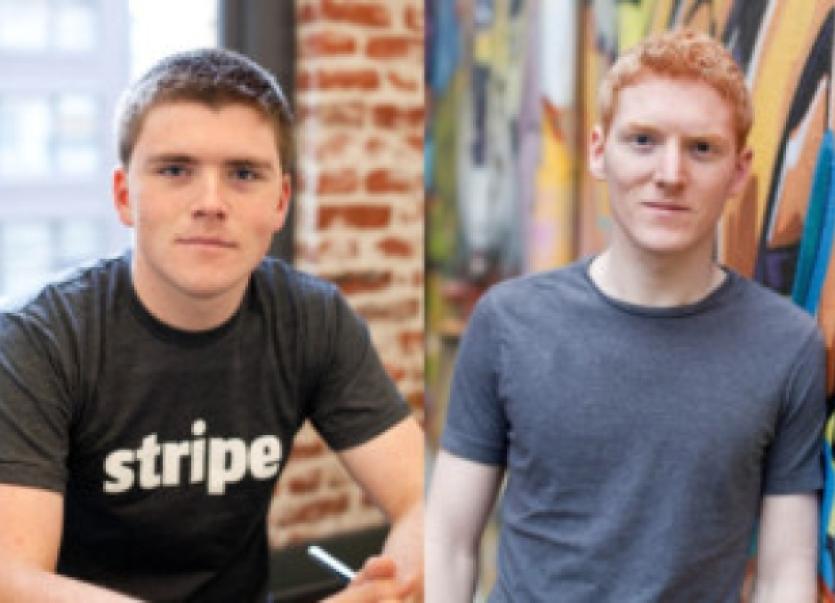 TWO multi-millionaire Limerick brothers - both aged under 25 - have created a lucrative feature that will allow people to buy products within a Twitter feed.

TWO multi-millionaire Limerick brothers - both aged under 25 - have created a lucrative feature that will allow people to buy products within a Twitter feed.

Social networking site Twitter has unveiled the new feature created by payments firm Stripe, which was founded by Patrick and John Collison from Castletroy, and is valued at around €1.3bn.

The deal is part of Twitter’s plan to allow companies to begin selling products and services from within the Twitter stream, which they announced on their site this Monday. The development looks set to cement Stripe’s reputation as one of the world’s most important companies in the online payments business, as they continue to expand around the world.

“Today we are beginning to test a new way for you to discover and buy products on Twitter,” said a blog post from Twitter. “Some Tweets from our test partners will feature a ‘Buy’ button, letting you buy directly from the Tweet.”

According to The Sunday Times’ Rich List, the brothers have an estimated personal fortune of some €467m and are at the top of the league when it comes to Ireland’s wealthiest under-30.

In June, Stripe announced a deal with the Chinese payments giant Alipay that opens it up to China’s 1.3 billion consumers. Last month, the media magnate Rupert Murdoch also described the Collisons as “brilliant”, and Stripe as “outstanding”.

The company has seen its operations expand in recent months, adding Australia to the list of countries that can now use its online payments system. It is also live in Ireland, Britain, the US and Canada. Stripe employs around 90 people, mainly in San Francisco. Stripe chief executive Patrick Collison is a former winner of the BT Young Scientist competition and both brothers are past pupils of Castletroy College in Limerick.